To everyone who owns Fall Guys, first of all, stop griefing people! Ok, now back to the topic. Mediatonic has announced that for the server issues caused during the previous week and the tedious connection losses, they will reward each player with a free cosmetic item and 5,000 in-game currency, aka Kudos.

The costume that is given away is Legendary Prickles, which is a legendary cosmetic, alongside in-game currency of 5,000 Kudos. You can find the official announcement below:

While we were fighting to keep the servers up and running last week, we promised we'd figure out a way to compensate the community for being so awesome and bearing with us!

We're pleased to announce we're gifting you all this Legendary Prickles costume and 5,000 kudos! pic.twitter.com/vsyXEqS1Tg

Currently, Fall Guys’ popularity is booming, with guaranteed, over 100,000 players peek each day since launch. The tackle and redesign of the Battle Royale surely pays out for Mediatonic, and the game, if not else, has a bright future, mainly if it receives fresh content. From what we can notice, the number of active players is still growing, and it is early to speak about the count and its stability.

And again, stop grabbing people for no reason -.-.

Angel Kicevski Follow on Twitter August 13, 2020Last Updated: August 13, 2020
0 1 minute read
Facebook Twitter LinkedIn Pinterest Reddit Telegram
Facebook Twitter LinkedIn Pinterest Reddit Telegram
Hello, fellow readers! If you want to get in touch with us and participate in our discussion boards, make sure you visit our Forums. We are more than sure you will find something useful there! The forum is new, so be among the first ones to say Hello!
If you are a video game developer and you have a submission to make, you can mail us at team@futuregamereleases.com 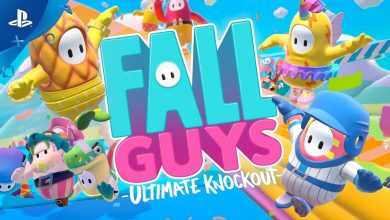