Pendragon, an Indie game developed by Inkle Studios, is set to release September 22. The game is heavily inspired by medieval Arthurian legend, taking players back to 673 AD. Sir Modred has left the Knights of the Round Table in disarray, chaos, and conflict, bringing Britain to the Dark Ages. You will need to gather companions to help King Arthur to take back Camelot to its glorious days. The game will also feature many other famous Arthurian characters like Morgana le Fay, Queen Guinevere, Merlin, and many others.

Pendragon will be based on turn-based strategic gameplay, having you fight your way through hordes of bandits, enemy knights, and deadly creatures, such as Dragons. However, the devs also promised a vibrant and fulfilling story filled with revenge, malice, love, forgiveness, etc.

The devs also mentioned an “archer of the woods,” which could mean that Robin Hood could be featured in this game, even if they’re many ages apart with King Arthur. The game will be available on Steam and GOG September 22, and given Inkle’s reputation, we hope that this one will also deliver like 80 Days and Heaven’s Vault.

Hello, fellow readers! If you want to get in touch with us and participate in our discussion boards, make sure you visit our Forums. We are more than sure you will find something useful there! The forum is new, so be among the first ones to say Hello!
Tags
Indie Inkle Pendragon 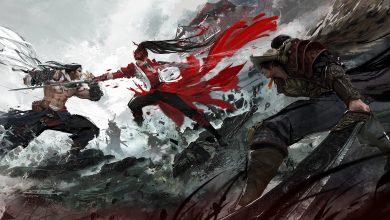