Call Of Duty Black Ops Cold War is just around the corner, and as the time goes by, we’re getting closer to its first beta version and finding what else the game’s going to offer. But after the zombie conjecture in the early days of Black Ops Cold War’s announcement, we finally have a concrete answer. Treyarch has just committed on its official Twitter profile declaring the arrival of Zombies to Black Ops Cold War.

Furthermore, on Wednesday, September 30th, starting at 10 AM PT, Treyarch will reveal the new and returning Zombie story in Black Ops Cold War. Treyarch will showcase the reveal on YouTube. We already believe the new Zombie AI will have a “powerful mindset,” resisting a smooth pass to all the encounters. The announcement for the upcoming Zombie reveal in Black Ops Cold War can be found below.

It was expected for Treyarch to reveal more news about the zombies, namely because of the pawntakespawn.com teaser. However, the tease was far away from an official zombie reveal, even though now we can confirm that it was somehow connected to its upcoming reveal.

So far, most of the community is praising this move and is looking forward to experiencing the possibly new and renovated gameplay experience in Black Ops Cold War. Judging by the critical art itself, it might be a word of a revolutionary Zombie AI coming to the game.

Hello, fellow readers! If you want to get in touch with us and participate in our discussion boards, make sure you visit our Forums. We are more than sure you will find something useful there, as most of the news are coming in there first. The forum is new, so be among the first ones to say Hello!
Tags
activision Black Ops Cold War Infinity Ward

FarmVille Will Shut Down Soon... 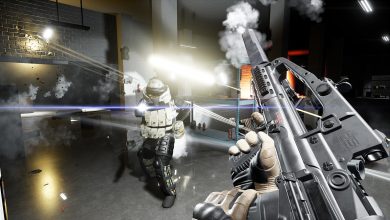