Codemasters has reached a new milestone in Dirt Rally 2.0. The game managed to attract 9 Million Players, for which Codemasters posted a cool looking infographic revealing DiRT Rally 2.0 figures that occurred over the period. It’s exciting to know that 9 million drivers have managed to travel the world and complete 196,236,715 stages in 1,579,792,966 KM passed.

You can find the complete infographic in the image below, which consists of many more details than just kilometers and stages, such as players’ favorite cars and more. The most popular locations players have traveled to and raced, the most famous cars players want to play with, and everything else. 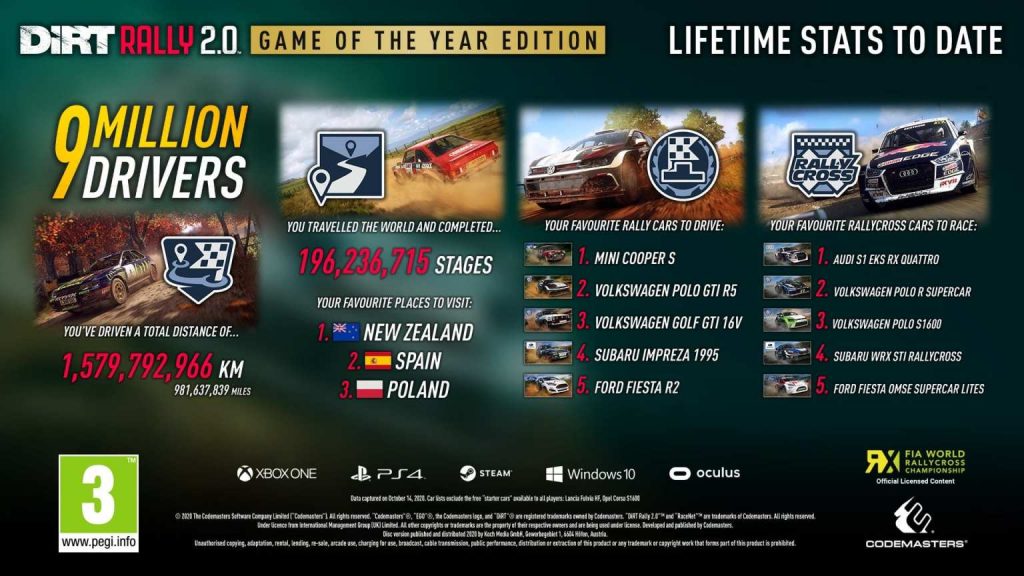 Codemasters’ Racing Game GRID Coming to PS4, Xbox One and PC This Spetember