Game Watch has informed us that Taito has made quite an interesting update to their website, where if you get a 404 error page, you can play Space Invaders on it.

When you first get the 404 error page, it will display a “Page not found”, but after a short amount of time, this Japanese writing will disappear and it will “redirect” you to Space Invaders, where the aliens are shaped in a 404 formation, and you can move the laser cannon to aim at the aliens. When you destroy every alien you have on your screen, they will spawn again from the bottom of the screen in a 404 formation. You have only one life, so if an alien shoots you, you immediately die. Something that they do not have is a high score table so you can not compare it to other players. 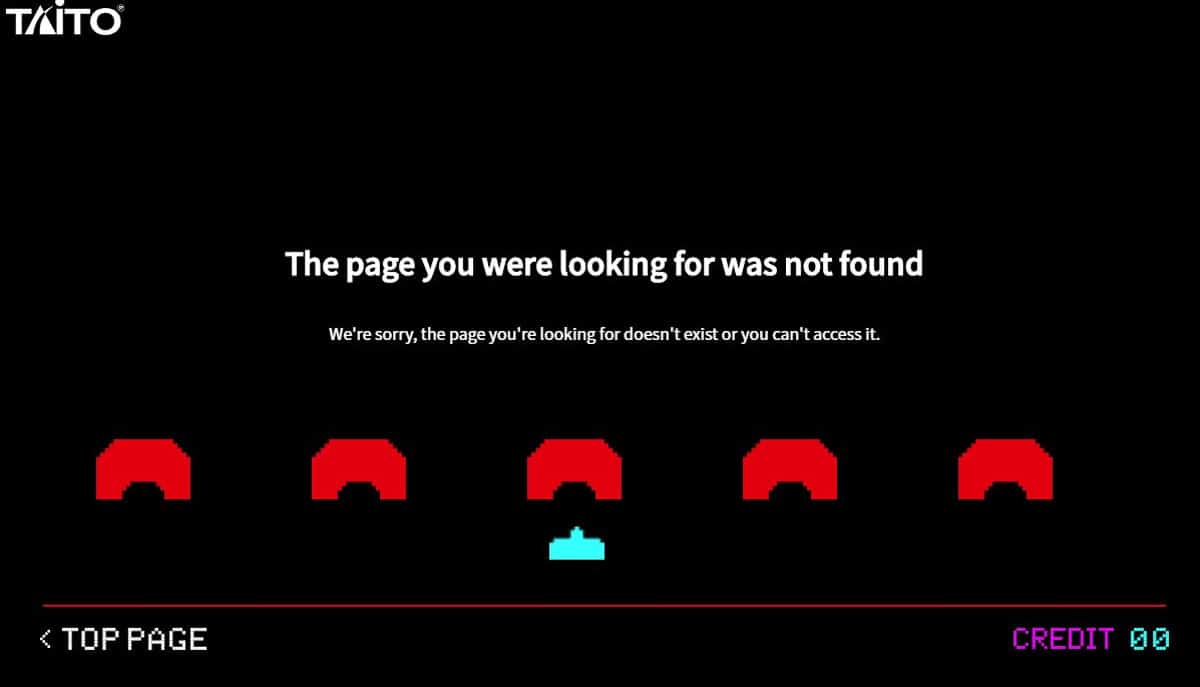 As you know, Space Invaders is a flagship of Taito that kind of defined the “shoot ‘em up” genre. It first launched in 1978. At the annual trade for amusement arcade products, JAEPO 2020, was revealed that there will be a new arcade game called Space Invaders: Counter Attack.