Kuklam Studios, the developers behind Cartonfall, has now released a trailer announcing their newest upcoming title, CryoSpace. Inspired by modern cosmic – horror media, such as ‘Alien,’ is already planned to launch in 2022 for PC.

CryoSpace will have an isometric view of gameplay, which makes it very unique for a horror game. Players will take on the role of an ordinary maintenance guy, who is cryogenetised in a spaceship that’s aiming to take him and a few other colonizers to another planet. When the protagonist is awoken, he quickly realizes the colonizers aren’t alone on this now-wrecked ship. This is where the horror element sets in.

Players will have to try to survive, fight against the horrifying aliens and try to rescue comrades, but at the same time, they’ll need to maintain oxygen concentration and other factors. The gameplay seems Among Us-like because doing tasks will be mandatory, but it’ll also feature combat.

Survival elements include players building a haven within the ship, though it’s unclear whether this is a customizable base or a more progressive, structured expansion.

Cosmic horror fans will need to keep an eye on this game, so tune in for more news in the future!

Hello, fellow readers! If you want to get in touch with us and participate in our discussion boards, make sure you visit our Forums. We are more than sure you will find something useful there, as most of the news are coming in there first. The forum is new, so be among the first ones to say Hello!
Tags
CryoSpace Kuklam Games Kuklam Studios 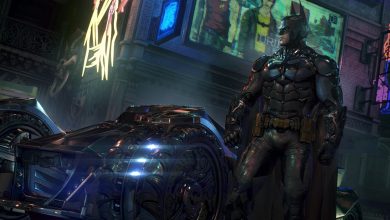