Shadowlands, the upcoming and long-awaited World of Warcraft expansion, is finally on the brink of existence. Previously, the release of Shadowlands was delayed due to polishing problems, and the devs needed some extra time to complete the game release. The game releases on November 23rd, but before all that, it is time for the very known pre-patch content that’s supposed to help players gear their characters and get ready for what’s to come.

The first pre-patch of Shadowlands introduced nothing else but a level squash and class changes, however non of them to their maximum potential power. Players will have to earn that once the leveling begins, and that is on November 23rd. No extra content was introduced whatsoever.

After a long and exhausting period for all of the World of Warcraft fans, it’s now time to move forward towards the second pre-patch, destined to introduce a new event. Called Death’s Rising, the scourge invasion is ready to plow onto Azeroth, as it’s coming close to its arrival. This event will give players 2 weeks to prepare for the original expansion by grinding Argent Commendations and gear.

As players flow throughout the upcoming daily activities, they will slowly dispatch from the current Battle For Azeroth expansion and focus on the coming Shadowlands expansion. After a long time, players who have not experienced the PTR will finally get to deal against Nathanos Blightcaller, or as we would love to call him, Sylvanas’ pet. He will be introduced as a World Boss, which grants rewards weekly.

World of Warcraft Shadowlands releases on November 23 on PC.

Hello, fellow readers! If you want to get in touch with us and participate in our discussion boards, make sure you visit our Forums. We are more than sure you will find something useful there! The forum is new, so be among the first ones to say Hello!
Tags
activision Blizzard world of warcraft World of Warcraft Shadowlands 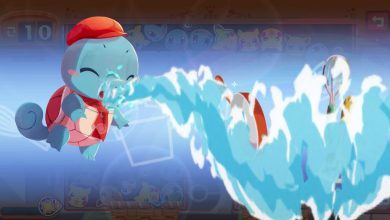