Battlestate Games has stated multiple times that Cultists and their arrival to Escape From Tarkov will be in the form of a surprise. Well, it took a whole year before they finally established a foothold in Escape From Tarkov, one of the most realistic First-Person shooter games. Only a couple of players have had the luck to encounter them, as they are probably a rare spawn.

After just a couple of hours into 12.9, a user has posted on Reddit that he triggered something peculiar on the reworked map, Woods. The video he posted and the Reddit thread was deleted to avoid spoilers regarding the Cultists topic. Battlestate Games wants each player to experience the Cultists independently, even though they have not issued awareness regarding the latest addition to the game, especially to those with a weak heart.

Below you can find a player being mocked and rushed by a Cultist trying to backstab him.

I thought it was Christmas not Halloween… from EscapefromTarkov

Where to find Cultists?

Well, before getting close to the Ritual Circles, it’s always good to scan its surroundings. Reserve, Woods, Customs, and Shoreline all have a Ritual Circle. They have a higher chance to spawn in night raids. While on Woods they tend to chill in bushes, on Reserve, Shoreline and Customs they’re most likely to be hidden in a room. They are very fast, so make sure your reactions are on point.

Cultists have a unique melee weapon coated with a toxin, and once they stab the player, they leave a toxin debuff that has to be purged by using meds. Salewa, CAR Medicine, Grizzly, or Augmentin are all supposed to cleanse the Toxin debuff.

Cultists will always try to sneak and stab you from behind. Even though their initial AI behavior is to use melee weapons, they can run away and defend themselves with firearms once you open fire on them. They can also have grenades.

We’re still trying to spam Woods and study their behavior even further. So far, this is what we know.

Angel Kicevski Follow on Twitter December 25, 2020Last Updated: December 25, 2020
0 2 minutes read
Facebook Twitter LinkedIn Pinterest Reddit Telegram
Facebook Twitter LinkedIn Pinterest Reddit Telegram
Hello, fellow readers! If you want to get in touch with us and participate in our discussion boards, make sure you visit our Forums. We are more than sure you will find something useful there! The forum is new, so be among the first ones to say Hello!
If you are a video game developer and you have a submission to make, you can mail us at team@futuregamereleases.com 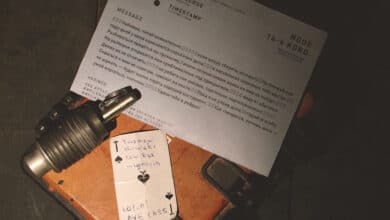