Hood: Outlaws and Legends is an Assassin’s Creed-like PvPvE about multiplayer heists between these outlaws and The State, in which only the best will escape with hard-earned riches. The game features brutal combat in a medieval theme set in the time of Robin Hood, with stealth included. You can choose from various types of characters, each with their own perks and abilities to secure you the treasure.

Developed by Sumo Digital and published by Focus Home Interactive, this game was announced a while back. Today, it got character story trailers for four different characters: The Ranger, The Mystic, The Hunter, and the Brawler.

We’ll start with the Ranger, who is Robin Hood himself! We all know the tale of Robin Hood and how he took from the rich to give to the poor. Well, now, you’ll be able to play as him and free the people of the State’s oppression.

Next, we have the Hunter, Marianne Fitzwalter, a Scottish woman on a quest to retake her family’s land from the State, joining Robin Hood.

The Brawler, known as John Nailer, is one of Hood’s other companions with a deep hatred for the State, who used to work as a blacksmith with his father.

Tooke the Mystic was an alchemist who used to be a part of the State, but after his old mentor Johannes was falsely accused by the State, he swore to get his revenge.

Hood: Outlaws and Legends are set to release somewhere in 2021 for PC, PS5, PS4, Xbox Series X/S, and Xbox One. If you’re into multiplayer heist games and the Assassin’s Creed franchise, this is a game you should really be keeping an eye on.

Hello, fellow readers! If you want to get in touch with us and participate in our discussion boards, make sure you visit our Forums. We are more than sure you will find something useful there, as most of the news are coming in there first. The forum is new, so be among the first ones to say Hello!
Tags
Focus Home Interactive Hood: Outlaws and Legends Sumo Digital 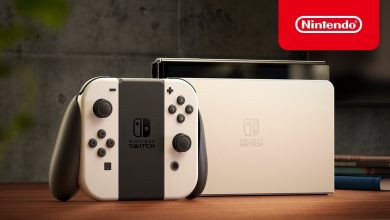 Cyberpunk 2077’s DLCs have appeared on the Epic Games Store