Returnal is an upcoming third-person shooter science fiction psychological horror video game developed by Housemarque and published by Sony Interactive Entertainment. It is set to be released for the PlayStation 5 on March 19, 2021.

The game’s about an astronaut named Selena who crashed on a mysterious planet with shape-shifting monsters. Selena will have to scrape through the ruins of an ancient civilization to reach Earth, battling against aliens and other types of calamities. Time and time again, she’ll be defeated, and players will have to find different ways to survive. Today, we got a screenshot of the game in which Selena’s suit defines next-gen graphics.

Today, in an interview with GamesRadar, game director Harry Kreuger revealed what the real intention of Returnal is:

Our goal has been to haunt the player. It was important for us to embrace the mystery, and leave many of the secrets of the planet to players to discover themselves… …I feel that some of the best stories we experience are the ones we piece together in our minds through implication. In Returnal, we’re conscious to share enough in our world to spark intrigue, but never too much – the more you know, the less you imagine. It’s important to leave enough room for the players’ minds to wander.

He also spoke a bit about the game’s cosmic horror aspect meant to make you feel small compared to the universe’s other life forms. Stay tuned for more info on Returnal.

Hello, fellow readers! If you want to get in touch with us and participate in our discussion boards, make sure you visit our Forums. We are more than sure you will find something useful there! The forum is new, so be among the first ones to say Hello!
Tags
Housemarque Returnal Sony Interactive Entertainment 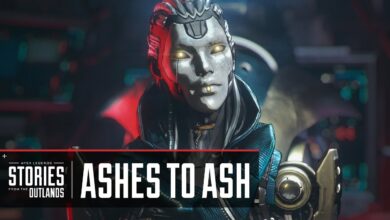