Cyberpunk 2077 hasn’t been in our focus for quite some time, simply because we have fallen under the effect of the game’s issues on the console platform. CD Projekt RED has tried to salvage whatever’s salvageable, but still, the game hasn’t seen the sunlight at all, and the console community remained frustrated. But, that doesn’t claim anything, as, throughout the whole development cycle, CD Projekt Red has had many issues with Cyberpunk 2077. A new report by Bloomberg’s Jason Schrier has discovered how the sinks and crunches went down.

Jason Schreier has done tons of interviews with CD Projekt Red’s staff and employees. Interviews in whom the employees have requested anonymity, toa void risking their careers. Apparently, the company has been pushed to make the final push and release the game faster than it supposedly should. Cyberpunk 2077 was supposed to be a third-person project, which vision changed in the latter due to some obstacles and last-minute changes and features built in the last minute.

Cyberpunk 2077 has been developed simultaneously as the game’s engine, which has undoubtedly added more difficulties to its development. After the arrival of the new head of the studio, Adam Badowski, things have gone from bad to worse, with him requiring multiple changes on the gameplay and story of Cyberpunk 2077. This naturally caused further crumbles, as the developers have been pushed to work for extra hours.

– If you're wondering just how much Cyberpunk 2077 changed over the past decade: well, up until 2016, it was a third-person game. Features that were originally envisioned (wall-running, flying cars, car ambushes) were cut along the way (not atypical in game development)

In 2018, the demo showed to journalists behind closed doors was fake and far away from the game’s completion. The hype lasted short, with 2019 bringing the game’s final release date. It was announced to release in 2020, with numerous developers at CD Projekt Red knowing that it will be a miss and won’t succeed in building the game that fast. Then, delays followed. Multiple release date postpones occurred, scaling the frustration gap to a whole new level. Even though CD Projekt Red is still on the lookout to recover the fan base with multiple fixes and maybe a flawless return to the PS Store, the return is less likely to happen, even if it transitions to a ground-breaking multiplayer title similar to the scale of Rockstar Games’ GTA Online. 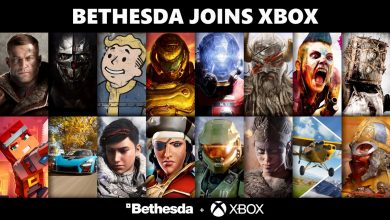