Ubisoft Massive is the main developer of The Division, the action-RPG third-person shooter. The first installment of the series has brought a lot of excitement to the gaming industry thanks to the unique ideas and implementations. 3 years later, The Division 2 was also developed by Massive Entertainment, namely in the same month as the first launch, March 2019. In the span of the 3-year period, Massive Entertainment did not have any other vast project under its belt, meaning it had all the time in the world to invest its working power in The Division 2.

Now, it’s a whole lot different. Ubisoft Massive has been assigned the task to create a huge, open-world Star Wars game. Knowing the franchise’s demanding outlook, it’s normal to lend the doubt that another series of The Division would rise. Unless the project is taken under the wing of another Ubisoft development studio, we’re less likely to witness another installment in The Division franchise.

It’s questionable if DLCs would be worked on too. Judging by the announcement itself, it’s more likely to believe that the development studio would fully transit onto working on the new Star Wars game instead of having a distorted focus on two different titles. The Division fans, we’re sorry to hear that Massive will switch to a whole new project. In the whole of Massive’s career, we haven’t noticed two big video game titles being worked at the same time. Given that The Division is an online game with unique demands, we believe that The Division franchise’s focus will slowly fade away. Keep in mind that the writing is based on our personal opinions, and we haven’t contacted Massive yet.

Hello, fellow readers! If you want to get in touch with us and participate in our discussion boards, make sure you visit our Forums. We are more than sure you will find something useful there! The forum is new, so be among the first ones to say Hello!
Tags
Massive Entertainment ubisoft 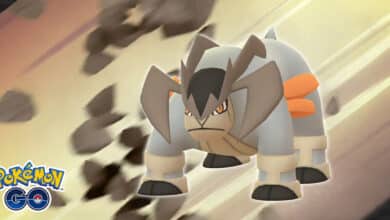