The Medium is a psychological horror video game developed by Bloober Team that was released for Microsoft Windows and Xbox Series X/S on January 28, 2021. The game has been racking up great reviews from many different websites, mainly due to its dual-reality style of gameplay, in which you get to play in two different realities.

A Bloober Team Producer and Lead Designer have stated that there aren’t yet any plans for The Medium DLC in a recent AMA (Ask Me Anything) session on Reddit’s /r/games subreddit, although there’s always a chance that could change.

“At the moment, we do not have plans for a DLC. The post-credit scene intends to complete Thomas’s thread, not to tease a DLC,” said Bloober Team Producer Jacek Zięba.

“At the moment, we do not have any plans for a DLC, but life taught me to ‘never say never[,]'” Bloober Team Lead Designer Wojciech Piejko said in response to a separate question.

This isn’t all too bad, considering that The Medium is already a complete game filled with its own secrets and mysteries, but even then, every fan dreams of a DLC for their favorite game.

The Medium is currently available for PC and Xbox Series X/S.

Hello, fellow readers! If you want to get in touch with us and participate in our discussion boards, make sure you visit our Forums. We are more than sure you will find something useful there! The forum is new, so be among the first ones to say Hello!
Tags
Bloober Team microsoft The Medium xbox Xbox Series X/S 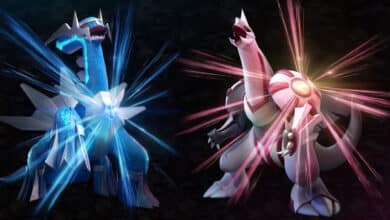 PlayStation Plus Free Games May 2021 Predictions