The arrival of Fall Guys to Xbox Series X|S and Xbox One was just announced. Previously, there were many rumors due to Fall Guys’ discussion and appearance on Xbox posts. Later it was confirmed by XboxGamePass on Instagram that Fall Guys is coming. However, everything got declined by Mediatonic, leaving us clueless about Fall Guys’ next move.

Well, it appears we all got played, and Fall Guys is indeed heading to Xbox Series X|S and Xbox One. This arrival announcement was officially posted on Xbox Wire, stating that Fall Guys will make an entry on Xbox this summer. Joe Walsh, Mediatonic’s Lead Game designer, has stated the following:

So, big news: I’m super-delighted to share that Fall Guys: Ultimate Knockout is officially coming to Xbox Series X|S and Xbox One this Summer! Our whole team cannot wait to welcome Xbox players to the Blunderdome for all sorts of bean-based mayhem — it’s certainly been a while coming, but we’re here and couldn’t be happier.

Understandingly, this zany gameplay experience is ready to spread its wings to another platform.

Fall Guys is a massively-multiplayer “bumble royale,” where eager beans compete through Rounds of escalating chaos until just one victor remains. Set in the hyper-colorful Blunderdome, you’re tasked with tackling oodles of treacherous arenas, with each qualification bringing you one step closer to the coveted Crown.

Hello, fellow readers! If you want to get in touch with us and participate in our discussion boards, make sure you visit our Forums. We are more than sure you will find something useful there! The forum is new, so be among the first ones to say Hello!
Tags
Fall Guys Mediatonic xbox 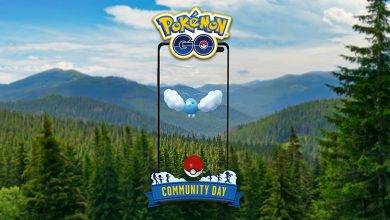