Nintendo had their Direct presentation, and they did not disappoint. At the very end of it, they splashed us with a new reveal. This time, they revealed a new game in the popular multiplayer series called Splatoon 3.

Its trailer is unlike any we have ever seen. It is the opposite of what we are used to. The trailer does not begin with a song that will be stuck in our brains for days. Instead, we are seeing an inkling girl alone in a desert. The player then chooses the full appearance of the inkling girl, and then the game begins.

The first few bits of the game are set in Inkopolis, but the setting then continues to Splatlands, a new region that is yet to be explored. In the very center of this region, we can see Splatsville, more known by its other name City of Chaos, which will be the new place for your inkling to explore and come across new conflicts.

The trailer did not show much about the gameplay, nor did Nintendo reveal much, but there will be many maps and weapons, customization options, and some movement abilities. You can find out more by checking out the trailer.

Its predecessor, Splatoon 2, launched back in July 2017, so we think that Splatoon 3 seems like a good move. They should incorporate new things too, but let’s leave that to the professionals.

Do you like the Splatoon series? What do you think about them? Comment down below in the comments section.

Hello, fellow readers! If you want to get in touch with us and participate in our discussion boards, make sure you visit our Forums. We are more than sure you will find something useful there! The forum is new, so be among the first ones to say Hello!
Tags
nintendo Nintendo Direct Splatoon 3 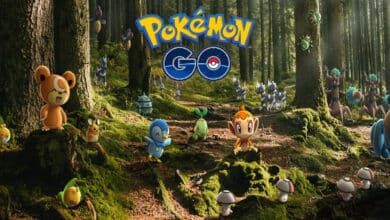