Sega and Creative Assembly have discovered their new journey. Total War’s trail is about to enlarge with a new series, Total War: Warhammer 3. As a celebration of that, a new cinematic trailer was published. The trailer for the game discovers the Ice queen of Kislev and her capabilities.

In Total War: WARHAMMER III each choice you make will shape the reality-shattering conflict to come; from the mysterious Lands of the East to the daemon-infested Realms of Chaos. Experience strategy gaming on a scale yet unseen in this epic culmination to the Total War: WARHAMMER trilogy.

Total War: Warhammer 3 is already available for preorder on the Epic Games Store.

According to the official game’s description:

The cataclysmic conclusion to the Total War: WARHAMMER trilogy is coming. Rally your forces and step into the Realm of Chaos, a dimension of mind-bending horror where the very fate of the world will be decided. Will you conquer your Daemons… or command them?

Creative Assembly strongly relies on the Races available in Total War Warhammer 3, as they’ve pointed out in their announcement:

Each race offers a unique journey through the nightmarish Chaos Realm, culminating in an endgame that will determine the fate of the world.

Diving into more details, this strategy will include Daemonic armies of factions such as Khorne, Slaanesh, Nurgle, and Tzeentch will wreak havoc on the Warhammer Universe. Two other Human factions will also join, known as Kislev and Cathay. This confirms that Total War: Warhammer 3 will correspond with various game styles and approaches, embarking players on unique missions.

A new cavalry that is going to be quite amusing for the fan base. Furthermore, it will receive a large map (quite possibly the largest in the franchise), even though the main focus is thrown onto the factions because of their strong impact on the game (due to the number of factions arriving).

Hello, fellow readers! If you want to get in touch with us and participate in our discussion boards, make sure you visit our Forums. We are more than sure you will find something useful there! The forum is new, so be among the first ones to say Hello!
Tags
Creative Assembly SEGA Total War: Warhammer 3 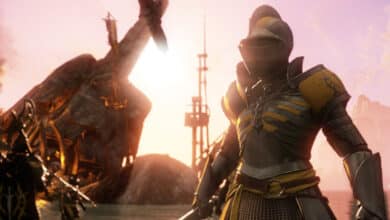