Call of Duty will get a smaller file size with the next update. Activision has announced that CoD: Modern Warfare and Warzone will both get more pleasant file sizes. CoD will no longer require humongous, lingering downloads for both Modern Warfare and Warzone players. The size will differ based on the respective platforms. According to Activision’s recent blog post, Call of Duty will shrink its file size for up to 33GB.

The actual file size reduction on each platform can be found below:

The purpose for this change is probably the daily outcry. Fans with hard drives with lower capacity are not able to install anything else aside from CoD: Warzone. PS4 users are currently the ones with the biggest struggles, as some of the 500GB supported PS4 consoles are not able to sustain much more games.

According to Activision’s official press release:

“Season Two Reloaded also brings great news of a lower, optimized file size across Warzone. Those who own the full version of Modern Warfare/Warzone, or who own the free-to-play Warzone game, will find their overall file size footprint reduced on their respective platform.”

“Enhancements to the overall content management system has been made possible through data optimization and streamlining content packs needed for individual game modes. This will come after a larger than usual, one-time update for Season Two Reloaded, which will include these optimizations and is necessary in order to reduce the overall footprint; future patch sizes for Modern Warfare and Warzone are expected to be smaller than the one set to release on March 30 at 11PM PST.”

“Along with the ability to remove individual modes that are no longer played, owners of the full Modern Warfare experience will see more space freed on their platform of choice. However, those who want to continue playing Campaign, Multiplayer, and/or Special Ops will need to reinstall the optimized Content Packs, which will be released alongside and shortly after the Season Two Reloaded update.”

Hello, fellow readers! If you want to get in touch with us and participate in our discussion boards, make sure you visit our Forums. We are more than sure you will find something useful there! The forum is new, so be among the first ones to say Hello!If you are a video game developer and you have a submission to make, you can mail us at team@futuregamereleases.com
Tags
activision call of duty CoD: Warzone Infinity Ward Treyarch 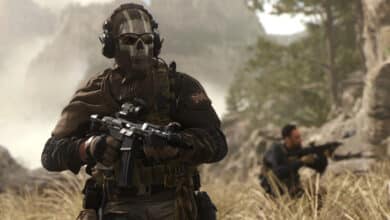