The announcement, as usual, came from Xbox Wire unraveling about the arrival. NBA 2K21 is currently available at a huge discount too. For a Sports Game of this caliber it’s definitely worth it, especially when it’s available for a symbolic fee.

Today, we’re excited to announce that starting on March 4, Xbox Game Pass members can enjoy NBA 2K21 on console and on the cloud with Xbox Game Pass Ultimate!

The MyTeam mode is always evolving, whether it be through new cards that change the meta or new content that provides exciting rewards. Xbox Game Pass members who join MyTeam today will find that Season 5 – Age of Heroes is underway, where your team of superstars from the modern age or the golden age of the NBA await. Assemble your squad and unleash their powers.

Season 5: Age of Heroes is full of brand-new heroic players, epic challenges, legendary rewards. You can start by building your own hero in LeBron James by redeeming his Sapphire Evo card. Put in the work by completing unique challenges and help him evolve into a Diamond card. Go ahead and unlock, collect, and compete with all MyTeam’s brand-new, hero-themed cards. Earn a super reward by completing sets from the modern age of the NBA with future superstars like Luka Doncic and Mitchell Robinson and the golden age of the NBA with the likes of Shaq and Manu Ginobili.

Of course, heroes require heroics, and every legend deserves a signature challenge. In this case, it’s none other than 6-time NBA Champion, his Airness, Michael Jordan. Play through one of Jordan’s most iconic moments, “The Last Shot,” a game-winning shot that gave MJ 45 points and the Chicago Bulls a second 3-peat and their 6th NBA Championship in the ‘90s. Complete the challenge to earn a Diamond Jordan shoe and Hall of Fame badge! If you don’t own a Michael Jordan card, redeem this locker code for your free MJ MyTeam card: JORDAN-LAST-SHO.

Hello, fellow readers! If you want to get in touch with us and participate in our discussion boards, make sure you visit our Forums. We are more than sure you will find something useful there! The forum is new, so be among the first ones to say Hello!
Tags
microsoft NBA 2K21 xbox Xbox Game Pass 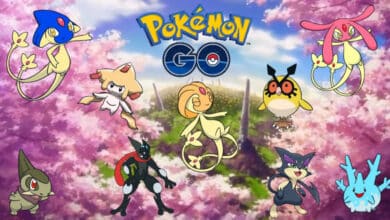