Thanks to the recent acquisition of Zenimax Media and Bethesda, Microsoft can now offer different game catalogs from Bethesda’s row and make them be a part of the Xbox Game Pass. Bethesda’s most iconic franchises are gonna become available on the Xbox Game Pass tomorrow. So far, the acquisition has proven quite healthy for both companies. Thanks to the next-gen consoles and recent technologies, these games might get the new FPS Boost feature. 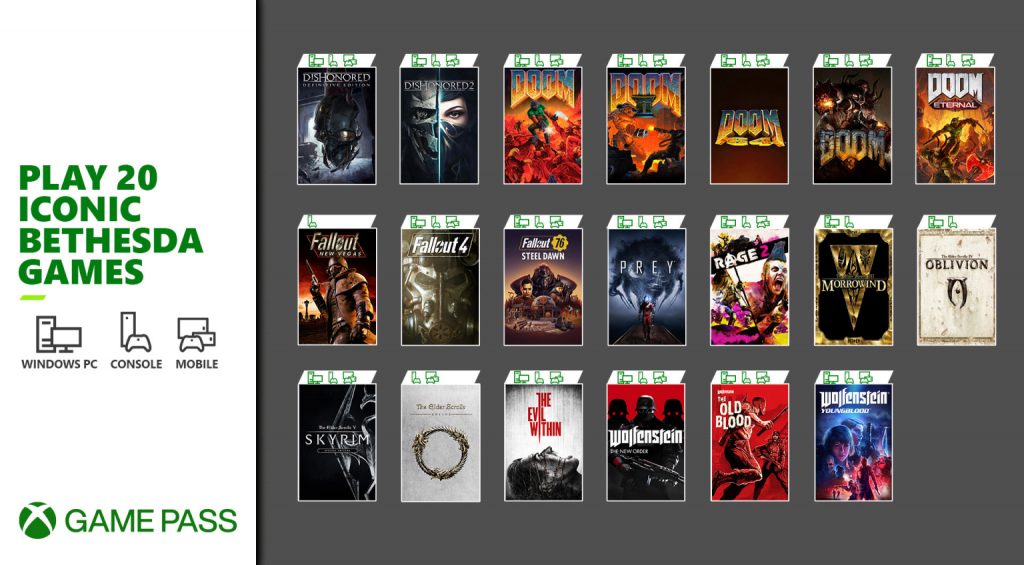 With that said, March 12 will introduce numerous Bethesda games on Xbox Game Pass. The complete list of upcoming games can be found below:

It’s exciting to see Dishonored joining Xbox Game Pass, including Fallout: New Vegas. Even if it’s an old favorite, this is probably a title worthy to be relived. All of the titles above will be available to players for just a small fee of $9.99 (Xbox Game Pass) or $14.99 (Xbox Game Pass Ultimate).

Hello, fellow readers! If you want to get in touch with us and participate in our discussion boards, make sure you visit our Forums. We are more than sure you will find something useful there, as most of the news are coming in there first. The forum is new, so be among the first ones to say Hello!
Tags
bethesda microsoft xbox Xbox Game Pass