Even though experimental, there is a new RayTracing Boost Mode in Crysis Remastered on PC, thanks to the most recent 2.1.2 update. Crytek’s latest tackle is RayTracing Boost Mode, which allows players to witness stronger RT effects by activating the feature and less impact on performance.

Crysis Remastered PC Update 2.1.2 also optimizes GPU memory usage. It allows having less impact on performance with RTX and fixes an issue that caused some SSR elements not to be revealed at a larger distance. The update also adds optimization for 4K resolution.

During the development of Crysis Remastered, the team came up with the concept of adding a boost to RayTracing. This boost mode is more of a fun/experimental feature that we wanted to bring to all the RayTracing enthusiasts out there, to give more effects with minimal impact on performance. This option has been added to the in-game Graphic settings menu and can only be activated when Global Raytracing option is enabled.

Bug Fixes
Hello, fellow readers! If you want to get in touch with us and participate in our discussion boards, make sure you visit our Forums. We are more than sure you will find something useful there! The forum is new, so be among the first ones to say Hello!If you are a video game developer and you have a submission to make, you can mail us at team@futuregamereleases.com
Tags
Crysis Remastered Crytek 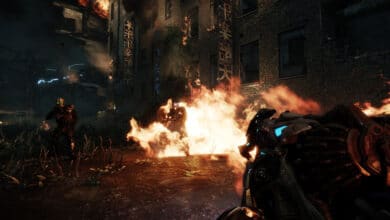