Halo Infinite won’t just offer a cross-progression but instead full cross-platform support between PC, Xbox Series, and Xbox One on launch. Halo Infinite will arrive later this year, with multiple features that have been in plans. In a recent blog post, Microsoft has announced confirmed the multiplayer cross-play support and cross-progression.

We know many of you play across more than just your PC, including on Xbox and mobile. That’s why we’re excited to announce Halo Infinite will support multiplayer cross-play and cross-progression when it releases later this year. That means if you’re playing on PC, you can play with your friends on Xbox One and Xbox Series X|S. It also means that your multiplayer customization and progress will follow you across all platforms.

Despite the recent clarifications, it still remains unknown if the Xbox users would share the same pool with PC players. Halo Infinite is supposed to offer a premier PC experience with highly desired features by fans. Halo Infinite is not just a game to be forgotten, and that’s why it probably caused multiple delays.

With this change, Microsoft assures quality before anything else, and it really shows how focused they are on the Halo community. Halo Infinite is set to release later this year, with tons of surprises in store. In recent news, Microsoft has also reduced the Windows Store cut to 12%, making developers think about their next digital reseller choice.

Microsoft Reduces the Windows Store cut to just 12%, Valve's Steam Has To React 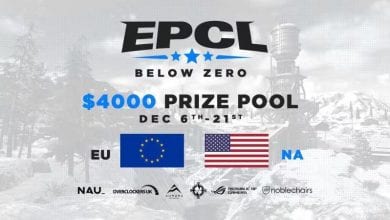 Aurora and ENDPOINT Announce Ring of Elysium “Below Zero” Tournament