Sony has announced the PS Plus games for May 2021, and we were right. Apparently, Battlefield V is among the games, alongside others. PlayStation Plus games are available for free, and without a purchase queue and a small amount fee, you can become a part of the subscription service and get games for free.

Not only was Battlefield V rumored, but also Stranded Deep. The only surprise for May is Wreckfest, which is available on the PS5 console only. For those players who’re eager to find out the PlayStation Plus Games for May, you can find them below: 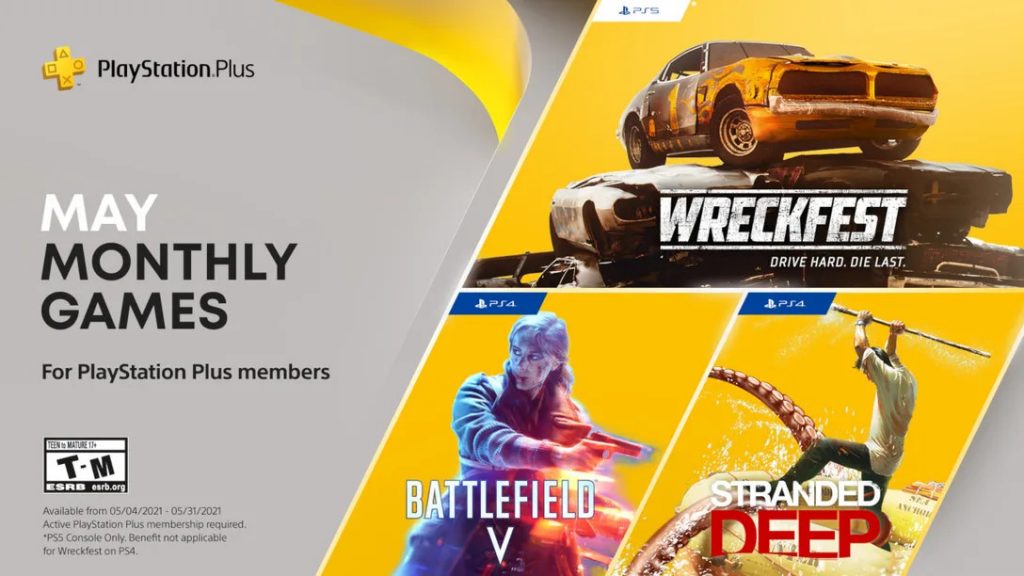 PlayStation Plus Games For May 2021

This time, EA and Sony have both decided to surprise the fans with an FPS shooter. The PS Plus offer is available on the PlayStation 4, and players can download it starting today. Battlefield V is a WW2-inspired shooter developed by EA DICE, which hasn’t seen a bit of glory even in its most popular days but still managed to keep the franchise alive.

EA has been recently on a striking promotion maneuver, with tons of titles arriving at Xbox Game Pass, making the service one of the most eligible ever. For that reason, Sony had to respond properly and enrich its catalog of free PS Plus games. With a new Battlefield title coming out soon, this was an expected move.

A survival game that is In Stranded Deep, you play as a survivor of a plane crash lost in the middle of the Pacific Ocean. Facing endangering situations, you need to survive to the best of your ability. Come face to face with some of the most life-threatening scenarios that will result in a different experience each time you play. Scavenge. Discover. Survive.

Wreckfest is a racing video game developed by Bugbear Entertainment and published by THQ Nordic. Wreckfest is described as the spiritual successor to the FlatOut series and a cross between FlatOut, Destruction Derby, and cult 1989 PC racer Street Rod.

Hello, fellow readers! If you want to get in touch with us and participate in our discussion boards, make sure you visit our Forums. We are more than sure you will find something useful there, as most of the news are coming in there first. The forum is new, so be among the first ones to say Hello!
Source
PlayStation
Tags
PlayStation Plus sony Sony Entertainment

Valorant Servers Down For Another Update – 0.50 Patch Notes