Riot Games has announced that patch 2.8.0 not only focuses on balancing and issues but contains other surprises as well. It appears that Champion Skins are bound to arrive together with Legends of Runeterra Patch 2.8.0 on May 19, satisfying one of the most diligent requests by the players.

According to Riot Games, Champion skins are a new way to personalize your favorite decks. Equipping a champion with skin will alter the art for all copies of each of that champion’s levels, as well as their accompanying flavor text. Some skins can change the appearance of a champion’s summoned units but also grant entirely new level-up animations.

Riot Games has also animated all of the effects on the Store Page, so players know what they’re purchasing before they close up the deal.

The first batch of Champion Skins can be found below:

Furthermore, there will be some additional changes and a new rotation to Multilab, together with a brand new event known as Dark Horizon. The Event Pass will be available in the Store for 975 coins and will grant access to an upgraded event path with premium rewards, with an instant unlock of the Cosmic Genius Von Yipp Guardian variant. More details below:

Horizon’s Edge Bundle is available in the store for 1590 Coins, prorated for any items owned in
the bundle. Bundle includes:

Hello, fellow readers! If you want to get in touch with us and participate in our discussion boards, make sure you visit our Forums. We are more than sure you will find something useful there, as most of the news are coming in there first. The forum is new, so be among the first ones to say Hello!
Tags
Legends of Runeterra Riot Games 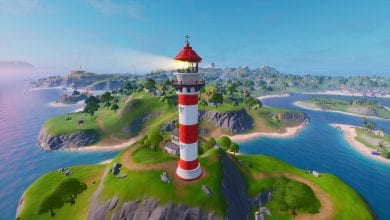