Pokemon GO has helped players in many ways since its release back in 2016. The little Pocket Monsters have enlightened people, cured them out of their depression and whatnot. Today, we have a story from which you will tear up.

A Reddit post has appeared, written by u/OberonPrimeGX in which the PoGO player explains how the popular mobile game has helped him get clean from drug abuse. He tried quitting using drugs many times, but the efforts were unsuccessful. His wife suggested to him to start playing Pokemon GO and get out of the environment that made him use drugs.

He was a fan of Pokemon in his early days, so when he started collecting Pokemon, all of his childhood memories came back. He said that it was extremely hard to make his brain change the way it thinks, but in the end, it was worth it. He relearnt the weaknesses and advantages of the types, their movesets, and power. He did everything to keep his mind off the synthetic heroin prescribed by a doctor.

We all know the need to walk with our Buddy when we need candies or hearts. So that is what he did. Every time he twitched, he would go on a walk with his Magikarp to gain candies because he did not raid (did not know how to at the time), or every time his mind told him to take a pill, he would go out to hatch a 5km Egg. The little simple things can help us do better.

His last time using was January 29th, 2019, and he made his PoGO account on February 14th, 2019. The first Pokemon he ever caught serve as a reminder of how far he has gotten in life. Pokemon did help him become the best version of himself.

Here is his story. 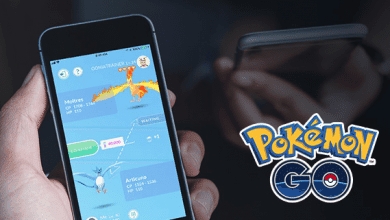