Halo Infinite was a part of E3 2021, and boy, oh boy, we have a lot to talk about. Aside from that, the game has taken the right turn to multiplayer, and it holds many surprises, as we have all noticed in the Multiplayer reveal. Microsoft’s sci-fi shooter is ready to launch this holiday season, including its multiplayer counterpart.

There is something fascinating when it comes to grappling hooks, as we have confirmed before in Battlefield 2042’s gameplay reveal, which includes a grappling hook as well. A grappling mechanic can be accounted as a modifier to super interesting content. Hence, it’s exciting, especially in the eyes of content creators.

Previously when the game was revealed, it was confirmed of a grappling mechanic. The grappling hook looks like a pin strapped just above the elbow. The developers somewhat confirmed this type of mechanic on previous occasions. The box art was also confirming the same.

“We are continuing the story of the Master Chief and Cortana from Halo 5 but also telling a story that’s welcoming for new players. Cortana’s fate is one of the Infinite campaign’s big mysteries, and early in the story, you will meet a new UNSC AI, ‘the Weapon,’ that was created to help stop Cortana. Together with the Pilot, the Master Chief, and the Weapon begin an epic adventure to explore Zeta Halo, defeat the Banished forces who control the ring, and unravel even more mysteries along the way.”

Halo Infinite was delayed on August 11, 2020, three months before its launch window, until we arrived at E3 2021. Now that the release time span is known, everyone looks forward to it, especially to the multiplayer.

Amie GammonsJune 14, 2021Last Updated: June 14, 2021
0 1 minute read
Facebook Twitter LinkedIn Pinterest Reddit Telegram
Facebook Twitter LinkedIn Pinterest Reddit Telegram
Hello, fellow readers! If you want to get in touch with us and participate in our discussion boards, make sure you visit our Forums. We are more than sure you will find something useful there! The forum is new, so be among the first ones to say Hello!
If you are a video game developer and you have a submission to make, you can mail us at team@futuregamereleases.com 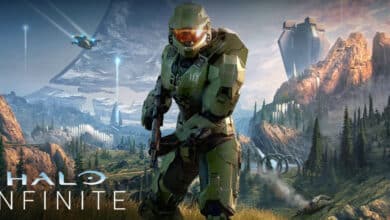 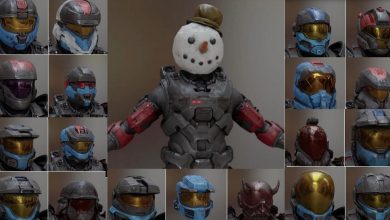