During the reveal of the cover star of FIFA 22, Electronic Arts has confirmed for a game-changing reveal on July 11. Well, that one might have been delayed, as the gameplay reveal of FIFA 22 is now scheduled for Tuesday, July 20. The reveal will begin at 10 AM PT / 1 PM ET, as per the YouTube player.

Get your first look at gameplay in the FIFA 22 EA Play Spotlight as the EA SPORTS FIFA development team go in-depth on new next-gen features, powered by HyperMotion technology on PlayStation®5, Xbox Series X|S, and Stadia. Learn more about HyperMotion:

The YouTube player is already active, which means you can set a reminder if you’re willing not to miss the FIFA 22 reveal. Everyone is excited to see the new HyperMotion technology, which screened 22 professional soccer players for its creation. A technology innovation that will be seen for the first time in FIFA 22.

The soccer game everyone is waiting for. Titled as next-gen, the video game is estimated to provide a couple of core and exciting features, including redecorated gameplay thanks to the new HyperMotion technology. The game size as stated before, is estimated to be around 50GB on both Xbox One and Xbox Series X|S.

Hello, fellow readers! If you want to get in touch with us and participate in our discussion boards, make sure you visit our Forums. We are more than sure you will find something useful there, as most of the news are coming in there first. The forum is new, so be among the first ones to say Hello!
Tags
Electronic Arts FIFA 22

UPDATE: FiveM won't be discontinued in the near future 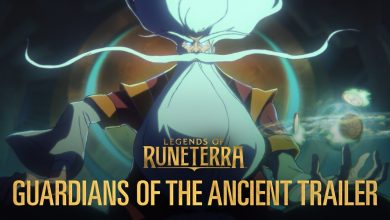 Legends of Runeterra: Guardians of the Ancient Expansion Cinematic Trailer