Niantic has finally shared more news regarding Pokemon GO Fest 2021, and boy, oh boy, it will be a few busy days.

The first thing that they shared with us is that from July 16th until July 18th, 11:00 p.m. PDT, we will be allowed to make six Special Trades. We all know what those Special Trades mean. To celebrate the debut of Meloetta, a Pikachu with a Meloetta-inspired hat will be appearing in the wild, as well as its Shiny form.

Galarian Ponyta and Galarian Zigzagoon with a Meloetta-inspired hat will be featured as one-star raid bosses and Deino on July 17th. As for three-star Raids, we will be having Galarian Weezing, Hitmontop, and Cranidos as Raid Bosses.

During the event hours on Saturday and Sunday, if you evolve Kirlia, you will get Gardevoir with the special move Synchronoise. If you happen to think of evolving Vibrava, wait for these special event hours to get a Flygon that knows Earth Power.

The players that decide to participate in the event will have a chance of catching certain Pokemon with their special attacks, such as Pikachu Pop Star with the special move Draining Kiss, Pikachu Rock Star with the special move Meteor Mash, and many more. Gardevoir with its special move Synchronoise and a Meloetta-inspired hat and Flygon with Earth Power and Meloetta-inspired hat will be featured as encounters for the Special Research, and it is up to you to decide which one you would like to get an encounter with.
Pikachu Pop Star and Pikachu Rock Star will be featured as snap-encounters after taking a snapshot. If you take a snapshot on Sunday after you finished your Special Research, you will be encountering either Gardevoir or Flygon.

We will be having new avatar items available throughout the event, which are shirts with Whismur, Loudred, and more.

If you happen to remember last GO Fest, we had a rotation of habitats. This year it will be the same, except the names of the habitats are Jungle, Desert Mountain, Ocean Beach, and Cave. The rotation will begin with Jungle on Saturday, July 17th, 2021, at 10:00 a.m. and it will rotate every hour for the whole day.

There will be a special Global Challenge Arena, which will be exclusive to ticket holders. There will be challenges that require Trainers to work together, and if they complete it, they will have a bonus for the remainder of the hour. If ticket holders complete a certain number of challenges, they will unlock bonuses that will occur after the end of Pokemon GO Fest 2021.

Ultra Unlock is having three parts, and the first part is called Time. If Trainers manage to complete eight global challenges, starting from Friday, July 23rd, 2021, until Tuesday, August 3rd, 2021, Pokemon from various eras will be appearing more often.

The second part of the Ultra Unlock part is called Space. If trainers complete sixteen global challenges, Pokemon from various places will appear. Part two will be running from Friday, August 6th, 2021, until Tuesday, August 17th, 2021.

As for the last part, all we know is that Trainers have to complete 24 global challenges and that it will occur between Friday, August 20th, 2021, and Tuesday, August 31st, 2021.

Have you bought a ticket for Pokemon GO Fest 2021? 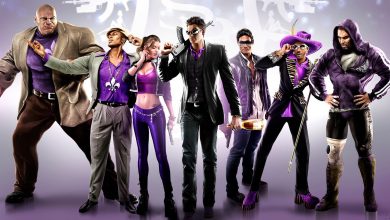