Previously, constructive criticism hasn’t done much for console players, even if they’ve criticized the developers months before a new Call of Duty game releases. Believe it or not, it’s still happening, and they make sure it stays that way. For months, players craved for an FoV slider in CoD: Warzone. Console players haven’t had the opportunity to play with an FoV slider and have a better overlook on the field. Is that too much to ask?

An FoV slider allows the players to change their field of view. Increasing that value would grant a better perspective on the surrounding environment by increasing the player’s peripheral view. Well, the Call of Duty Warzone community is looking exactly for that, as they never had the opportunity to have that option on consoles, which is the complete opposite of its PC candidate.

Call of Duty and Community response to FoV

If you have cross-play enabled, then adding an FoV slider, at least on the new-gen consoles, would be completely reasonable. In a recent developer address, MP creative director at Sledgehammer Games calls out for respectful, kind, and constructive behavior by those who will jump in the alpha on the PlayStation 5. Below you can find some of the responses that allude to FoV sliders.

My only concern about this game for now. There has to be a FOV Slider for consoles.

I believe it would be in the best interest of the fan base (the majority who plays on console) to include an FOV slider in both the main game and in Warzone. It hurts the competitive nature of the game when console players are forced to play with PC.

Hey @gregreisdorf looking forward to trying out Vanguard this weekend on the PS5. I wanted to ask you a question, will we be seeing the introduction of an FOV slider later on?

And so on… There are tons of responses related to the widely-praised FoV option. As the next in the development cycle, it all comes down to Sledgehammer Games and Raven Software. We know so far that the PS5 CoD: Vanguard weekend beta won’t have an FoV slider, which doesn’t necessarily mean it won’t consist of one in the full release. We do believe the new-gen consoles, PS5 and Xbox Series X|S are both at least capable of processing the requirements for such an option.

Don’t judge me, but let’s assume for a moment. In Warzone, for example, the lobbies consist of 150 players, and it could be one reason why it hasn’t been an option in Warzone. So the only reason for not having an FoV would be the game’s huge draw or render distance and the player capacity. Accompanied with a big “draw distance” is suicidal. The bigger the draw distance (render distance), followed by a bigger FoV equals more polygons rendered. All of that depends on the computing power. Again, don’t judge me, but that would be the most reasonable and appropriate estimation of why Warzone doesn’t have an FoV.

But, back to our original topic. We do believe that criticism should always be appreciated, even under the worst circumstances. Negative feedback should be mentally prevented, as each criticism gives the devs room for improvements. Just commence on from there. Regarding the FoV slider, we believe it should be a thing at least on the new-gen consoles.

By the way, knock yourself out in the comment section below, I’d like yo hear your opinions on the matter. Have a great day and enjoy Gamescom!

Hello, fellow readers! If you want to get in touch with us and participate in our discussion boards, make sure you visit our Forums. We are more than sure you will find something useful there! The forum is new, so be among the first ones to say Hello!
Tags
Activision Blizzard Call Of Duty: Vanguard Sledgehammer Games 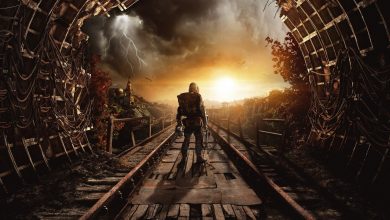