Destiny 2: The Witch Queen will be a unique expansion for a reason. First and foremost, I am most excited about the new Glaive weapon, which has obviously excited every single fan of Destiny 2. It appears that I am getting back to Destiny 2 too, but the weapon is not the only reason for it. My character has to flourish. One other unique feature is coming to the game too, and that’s crafting.

Weapon crafting will be finally introduced in Destiny 2. A novel feature that is required in almost every looter shooter game. This will allow players to craft certain weapons driven by their desire, including a very cool-looking one showcased in the featured image of this article. Crafting will be added to the game merely after 4 expansions – something to have fun with, definitely.

So, back to the Glaive weapon. Judging by the showcased footage by Bungie during today’s reveal, The Glaive weapon is most likely a light energy weapon that offers different combos. At first look, it is similar to Polearm or Spear, but it’s far more different than that. We don’t know if there would be other variations of it.

The Relic and the Glaive

Bungie said that the new weapon archetype begins its journey at the Relic. Once honed to perfection, master your glave to perform powerful melee combos, fire projectiles, and deploy a powerful energy shield.

Bungie states that the new crafting system will allow players to create weapons with unique combinations of mods, shaders, and advanced stat pools.

How exactly will the crafting work? Our predictions are narrow, as there wasn’t a lot revealed about it today. The only way to acquire the Glaive weapon is through crafting, so I believe it will be even harder to get than imagined. We assume there would be a unique weapon drop or component bound to it. Even though details are scant, all we know is that players will have a lot of fun flashing the weapon in front of The Witch Queen.

Hello, fellow readers! If you want to get in touch with us and participate in our discussion boards, make sure you visit our Forums. We are more than sure you will find something useful there! The forum is new, so be among the first ones to say Hello!
Tags
Bungie destiny 2 Destiny 2: The Witch Queen 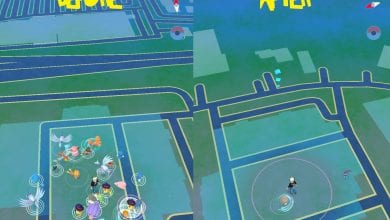