The next and probably highly anticipated MMORPG developed by Amazon Games, New World, was delayed to a later date. Its release will skip August 31 and will focus on September 28, as the developer announced in a post earlier this month. Why is that so, and how many bugs have plagued this game, or at least were discovered during the closed beta phase?

In July 2021, Amazon Games hosted a closed beta session for their upcoming New World MMORPG, hoping to get some help from the players. Help that would be beneficial for both the players and developers. Server behavior, bugs and issues, and other malicious bits and pieces were supposed to be eliminated in a supper fast reaction by the developers, and the players just helped find them. Sadly, that didn’t happen, as the number of bugs and issues have engulfed the available time span dedicated for such fixes. With less than a month since the closure of the closed beta, it’s theoretically impossible to deploy fixes in a timely manner. Hence, it was either a “delay” or a “faulty” game.

Having a buggy game would definitely stray its player base away, as we have witnessed with multiple other games over the past. Even if you loved to make a review of all the reported bugs, you wouldn’t be able to, simply because New World has perished all of the Closed Beta reports on its official forums. Luckily we were keeping tabs on some of them. Now, let’s try and judge if Amazon Games would be able to fix all of the issues until September 28.

And some smaller ones (which list basically doesn’t end, if I missed some please let me know):

It seems that the developers have underestimated the power of gamers and believed that everything is fine with their game until they started this closed beta. Honestly speaking, I don’t see a flawless product being released on September 28 either, as it would need much more than that to provide solid riddance. Remember that the bugs mentioned above can be replicated in different ways. It’s just mind-boggling, and if Amazon pulls this out it would be amazing.

If you think I am criticizing the development or anything, I am not. I was playing the closed beta day in and day out, grinding to level 60 without using any cheese strat, the proper way. Hence, I really want this game to succeed, even if it needs 1 more year to develop fully. I’d rather wait for a polished PvPvE game than just jump in a rushed product. I hope the developer reconsiders its options.

Hello, fellow readers! If you want to get in touch with us and participate in our discussion boards, make sure you visit our Forums. We are more than sure you will find something useful there! The forum is new, so be among the first ones to say Hello!
Tags
Amazon Game Studio Amazon Games New World 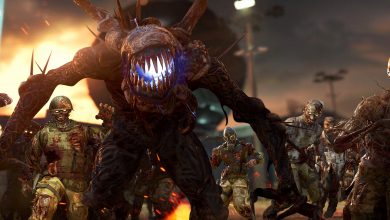 Valve’s Banhammer is Thirsty for Blood, 17,000 Accounts Reset and Banned