I have recently got to level 60, and all of that thanks to New World’s Corrupted Portals. But how exactly? Well, if you didn’t know, Corrupted Portals pair very well with territory leveling. Combined with the Standing Gain and XP card, they can result in a massive XP of approximately 20,000 to 40,000 per hour. This leveling method was the one I used to level up to 60 in the closed beta. I can see it’s still working, and the majority of players are adopting it.

Recently, we’ve made a guide about New World’s corrupted portals. They are invasions that appear across a territory and can be encountered by an unlimited amount of players. First and foremost, you won’t even need a higher-tier Azoth staff as someone will have it. The ones in Weaver’s Fen and Restless Shore are the most efficient, as they pair well with the leveling strat for those around LVL 30-45 (Weaver’s Fen) and 45-60 (Restless Shore).

First and foremost, Corrupted Portals may be boring, yes, but they are highly viable and fast to do. As we stated above, combined with the Territory Gains and Levels (each level above 20 grants 5,000-7,000 XP) and the XP and Standing Gain cards makes them incomparable to questing in any single way. Distinctively, minor corruption breaches provide around 600-700 XP, depending on your level ofc, while big ones are about 2100-2500 raw XP.

With all the stated above, I would love to suggest you start doing them today before they get nerfed. The majority of players that are against leveling by participating in these activities are becoming louder, and Amazon Games might start listening to them. Therefore, it would be wise for everyone who hasn’t adopted this type of leveling to get on the case now, as they might get nerfed. If that happens, you will lose a lot of time traveling across zones, rather than gaining XP, Azoth, and Resources, Weapon Master by just killing corrupted enemies.

Not to mention, Corrupted Portals also grant you some essential resources that will be vital once you get deeper into the game. It’s a win-win-win situation for the player, but again, it’s your choice whether or not you want to get in. If you want to organize a run yourself, check the guidelines for the Corrupted Portals in Restless Shore. 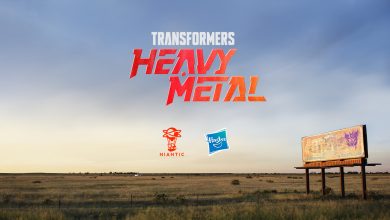