It’s time to close out the guides for the Assault Rifles family by providing the best attachments for the M5A3. The M5A3, or as we know it, the M4A1 in our time, is an improved M4A1 and can be chambered for a variety of rounds for both semi and automatic fire. According to the game, the weapon was found in 2034, and 8 years later, it’s still in use. Nonetheless, the weapon history is not as important as the performance in Battlefield 2042, so let’s see how the M5A3 makes a difference in this game.

This is yet another CQB weapon. I love to use it in close-to-mid-range situations, as it provides decent recoil and damage in both distances. Why so? Well, the gun shoots extremely fast with an RPM of 750, and it’s mainly used for close-range combats. Therefore, having an extended magazine and a laser device is more than needed to overcome a couple of opponents in succession. The only painful part you have to do is to put some effort into unlocking some of the higher-level attachments—all of that without using a recoil-enhancing underbarrel.

Let’s clarify a couple of things before we jump to the M5A3 attachments. Every Assault Rifle in Battlefield 2042 is considered to be a close to mid-range weapon, considering the maps in Battlefield 2042 are huge. If you would love to go into fights for over 100-200 meters, then I am scared you would need to change the weapon completely or adopt tap-firing to take an enemy down. Now, let’s see which attachments we use for the M5A3.

That’s all I have to say about the M5A3. Pretty much a straightforward weapon that does not require any additional knowledge. Once you get used to the recoil and the hip firing, you will fall in love with it. I am kind of sad that I didn’t jump to it earlier. 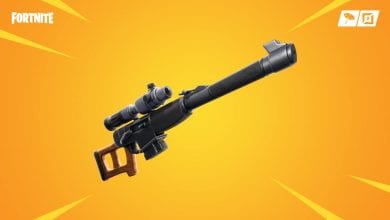