I’ve been burned out of Battlefield 2042 so much; these weapon guides are slowly withering my soul. However, a promise is a promise, and I’ve decided to take care and try to choose the best attachments for another Assault Rifle. For this guide, I am going to skip the starting weapon and choose the SFAR-M GL. This weapon was the most annoying one for me, considering the difficulties caused by the bullet deviation or bloom.

The SFAR-M GL in Battlefield 2042 shoots 7.62mm rounds, and it’s capable of both semi-auto and automatic fire. The GL in the name stands for a grenade launcher, and it’s capable of firing four different grenades. Those are the Factory Mounts (HR Fragmentation Grenade), 40mm AP (Armor-Piercing Grenade), 40mm Incendiary (Incendiary Grenade), and 40mm Smoke (Smoke Grenade useful for Concealment). All of this allows you to make plays based on the situation or execution plan.

This weapon is capable of everything, and when paired with the high-power extended drum magazine, it can melt multiple people without having to reload. Well, that speaks a lot, especially for large conquest games. It’s not a long-range weapon, as its recoil is quite intensive. But that’s why you can dominate in Close-to-mid combat easily. You can land on a point and clear it out by yourself, even if the recoil may deceit you sometimes.

Just to note, I do not tend to use long-range scopes as there’s no reason to do so. I love how the FUSION Holo is easily the best scope for close combat scenarios due to the tiny frame and reticle. Sometimes I switch to the MAUL Hybrid 1.5-3X if a target is further away and start tapping instead of spraying, but those situations are scarce. Enough talking, let’s take a look at which attachments are the best fitting ones.

That’s all. I hope the attachments above will fit you well. I have to mention this. I kind of gave up on the SFAR-M GL before the second Battlefield 2042 patch. Everything I did resulted in an awful combination, but now I can highlight that it’s the first weapon where the High Power / Drum magazine fits well. 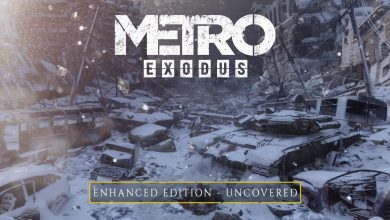 What If Pokemon Go Is With Localized Raid Map And Less Frequent Raids?