Sincerely, I do not even know where to start. Battlefield 2042 so far has been a rough journey. I’ve been playing it since this morning, and I have tried everything to alleviate some of the issues, but nothing seems to be working so far. On top of that, even EA’s services started failing and could not connect me to a match at the moment, so I decided to give a brief on the series of issues I’ve encountered so far.

First off, I hope you’re aware of the Battlefield franchise, the first-person shooter developed by DICE and published by EA. Well, each one of them has been smooth and exciting to play up until now. This time around, it seems that the game has been slightly rushed rather than mended to its golden status. Let’s be honest, the game’s far from its “Golden” status.

I do not doubt that EA DICE will address all of the issues sooner or later, but still, Battlefield’s launches have been bad, but not to this extend. Enough talking. Below you can find all of the issues I’ve encountered so far:

Looking on the bright side, Battlefield 2042’s aspects and features are all elegant. Portal and Hazard Zone are both enjoyable and hopefully could compensate for all of the game’s issues at this moment. The game’s still in Early Access, and hopefully, all of the problems will be fixed once it goes live one week from now.

Hello, fellow readers! If you want to get in touch with us and participate in our discussion boards, make sure you visit our Forums. We are more than sure you will find something useful there! The forum is new, so be among the first ones to say Hello!If you are a video game developer and you have a submission to make, you can mail us at team@futuregamereleases.com
Tags
Battlefield 2042 Dice Electronic Arts 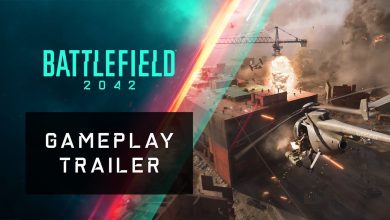