Update #2: I found the BETA EFT Announcer that used to announce upcoming features and changes to the game. It still doesn’t have verified status but as I am aware, it’s in belonging to BSG. That account does not hold any information regarding the possible wipe for tomorrow. Therefore, I do believe we’ve been bamboozled. With this behind us, we can say that the only way to find out if there’s a wipe tomorrow is to wait until the time comes.

So far, we’re only left with the 12.12 tease on Battlestate Games’ official Instagram profile and the Newspaper Issue no.1212. Therefore, all indicators point towards a tomorrow wipe.

Update #1: The tweet posted by @BetaEFT is unofficial and probably fake, so we’d rather wait for official confirmation by Battlestate Games’ Twitter. Why did we post this information? Excited like you are, this information was posted because Escape From Tarkov has an official EFT BETA announcer, which sadly does not have the Twitter “verified” status. So, I am unsure if this is an official announcer or a scam, simply due to the fact that Battlestate Games had a similar announcer profile on Twitter that had more followers. Yes, there have been some scammers making similar Escape From Tarkov BETA Announcer accounts, which for some reason appeared in my personal Twitter feed. As you know, the tweet claimed that the wipe and patch installment is supposed to go live tomorrow, for which we cannot confirm, at least not until Battlestate Games official Twitter profile confirms the same.

I do believe and hope the update goes live tomorrow, and I am genuinely sorry for playing with your feelings. I know the feeling, as I’ve fallen for the same trickery if it’s one. Just to clarify, I am not fishing for visits or anything like that. I am an avid Escape From Tarkov player with over 3000 hours in the game, and a fresh wipe is like a godsend to me. Therefore, please don’t judge me.

Escape From Tarkov’s patch 12.12 will arrive tomorrow, and the developer has finally confirmed it. First, the developer teased the installment day via an image for later the pre-wipe events to come in session. One week after the tease, Escape From Tarkov’s BETAEFT channel on Twitter (it’s an official one that provides users with updates) confirmed that the update 12.12.0.3 would be deployed tomorrow at 10:00 GMT +3.

The maintenance is supposed to last for around 18-22 hours, and the patch notes will remain unknown because BSG wants us to see the changes for ourselves first. Usually, the patch notes arrive in the next three days if my memory serves me well, so we’ll get them eventually.

During this time servers will be unavailable for 18-22 hours, and may be extended past.

A list of patch notes will not be available for an extended period. #EscapeFromTarkov #BattleStateGames #Tarkov

Are you ready for all the coming changes? The new VoIP feature will allow you to be communicating with your friends and enemies in-game, so that’s one hell of a surprise. Furthermore, even if you’re the biggest chad, you will no longer be able to push enemies due to the player inertia system. So, what would your approach be? Tell us in the comments below! 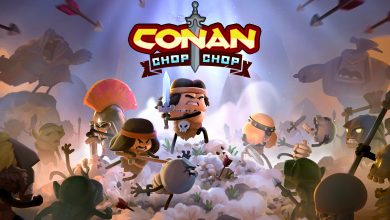 Dota 2: TI7 Newcomer Stream also known as Noob Stream will be available throughout the event