A new Suicide Squad game is in the works. WB Games and Rocksteady Studios showed off their new game, Suicide Squad: Kill the Justice League. The Batman Arkham developer had only revealed it in the cinematic story-trailer form before but never gameplay footage for this long-awaited project until Thursday night at The Game Awards when they finally unveiled some of its secrets!

The Suicide Squad has announced its newest mission: kill the Justice League! This elite team will be Captain Boomerang, Harley Quinn, and King Shark. They’re all well-known for different reasons but what they have in common is raw strength (Boomerang), agility (Harley), or speed(King). With these abilities combined with Deadshots’ jetpack-fueled mobility this time around, it seems like there’s no way you can take down heroes turned bad such as The Flash.

The game will include both cooperative and competitive multiplayer modes. The developers promise that it’s just as fun to play with your friends than against them, which could make Suicide Squad: Kill the Justice League an ideal alternative for gamers who have become tired of always playing online or single-player campaigns only.

Hello, fellow readers! If you want to get in touch with us and participate in our discussion boards, make sure you visit our Forums. We are more than sure you will find something useful there! The forum is new, so be among the first ones to say Hello!
Tags
Rocksteady Rocksteady Studios Suicide Squad 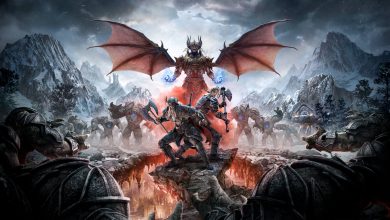