Good afternoon. It is obvious that in the current difficult situation, everyone who has medical knowledge is worth gold, not to mention actual working doctors. And it looks like such a doctor has appeared. I was told that someone on the Shoreline is treating the locals and selling them medicine. I have hired several groups to go there. They had to find this doctor, enter into negotiations and offer the best terms. But today, none of the groups got in touch. We need these medications, I’ve got clients… ahem, people in need to worry about. Find my people and find out what happened.

All three groups wiped out? I don’t understand how this could happen. They were not supposed to attract attention and get involved in a fight. They were negotiators with a very lucrative trade offer. Looks like the negotiations went horribly wrong.

The quest instructs you to go to Shoreline and locate groups that were most likely eliminated by Sanitar. At least, that’s all his spawn locations as he spawns at the pier, the cottages, and the Health Resort. So, Therapist wants you to find the people who have gone silent. Little does she know, her boys got eliminated. This pretty much says that you just need to get close to them so the objective subtask triggers.

Without further ado, let’s see where exactly the groups are located.

The groups at the Health Resort, The Pier, and The Cottages Locations

I have highlighted the exact locations of the groups at all three locations on Shoreline in the map image below: 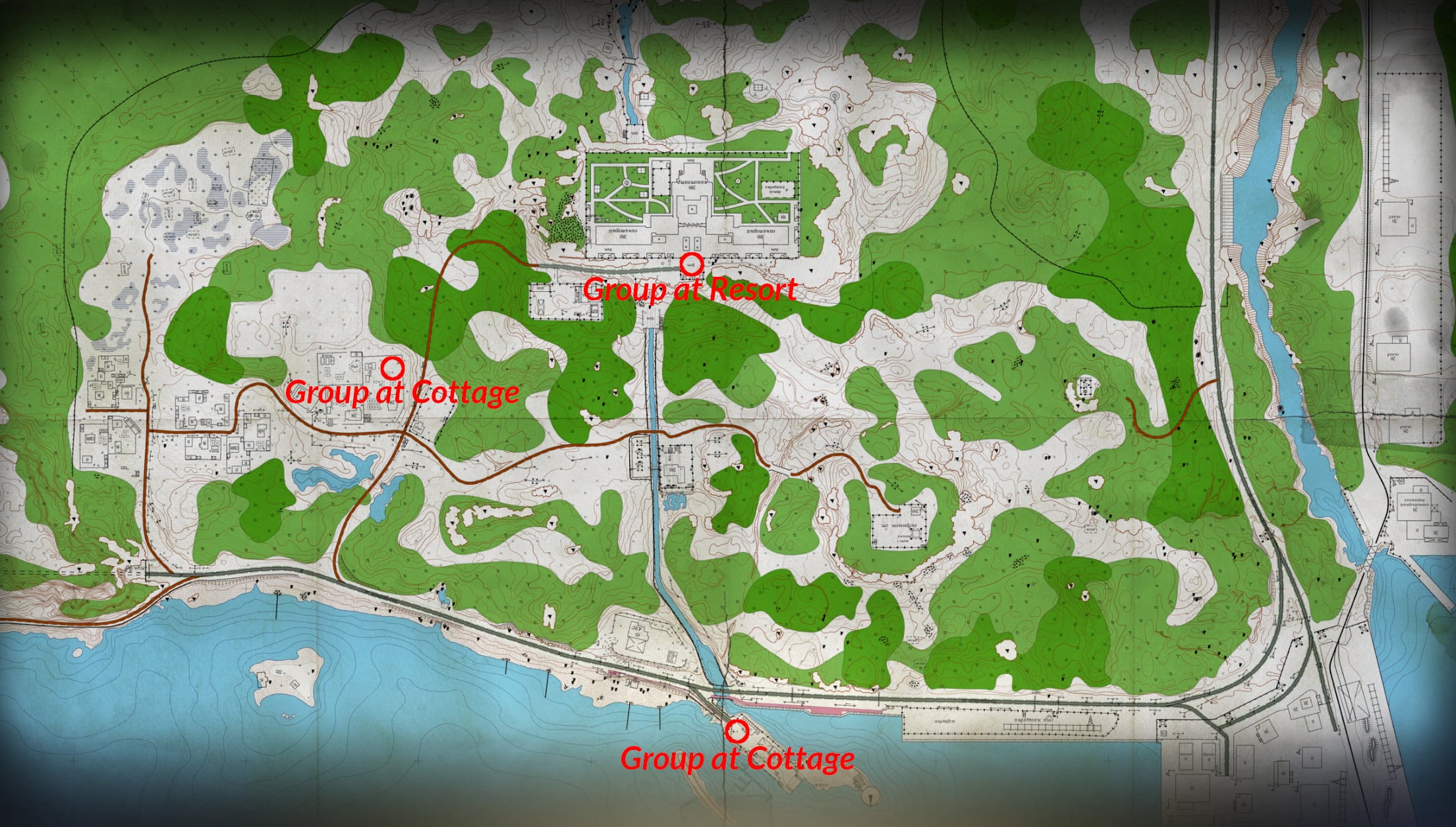 For a better overview of the groups, check out the images below:

I really hope this would help you complete the mission easier.

Hello, fellow readers! If you want to get in touch with us and participate in our discussion boards, make sure you visit our Forums. We are more than sure you will find something useful there! The forum is new, so be among the first ones to say Hello!
Tags
Battlestate Games Escape From Tarkov Therapist

Escape From Tarkov “Out of Curiosity” Quest Guide