Rigged Game is a quest in Escape From Tarkov given by Skier. The quest shares the exact locations that need to be marked with the ones shown in the Anesthesia quest.

Hey you, tough guy! C’mere, I have a job for you. I’ve heard Prapor sent you to get a supply of drugs from some sanitar dude. Don’t make that face! I ain’t got no interest in those drugs, let Prapor collect it and put it up his ass, you have already received profit from him anyway, haven’t you? You just need to put these smart little things in containers that are in Sanitar’s stashes. Prapor won’t get wind of anything, it’s a two-minute job, but the profit is good. Just gotta do it fast, before they move those containers.

Good stuff, good stuff! Finally, Prapor will get his caches exposed, there are probably whole mountains of loot. Guns, ammo, food, dope. Out fucking standing! We’ll do this one ourselves though, without you. No offense. Thanks.

The only difference here is that we need to hold the markers for 20 seconds by holding the action button in-game. It’s the only thing that makes this quest savage, especially in the Resort and Maybe Cottages where you don’t have a proper cover.

Now, let’s take a look at where exactly you need to place the markers. 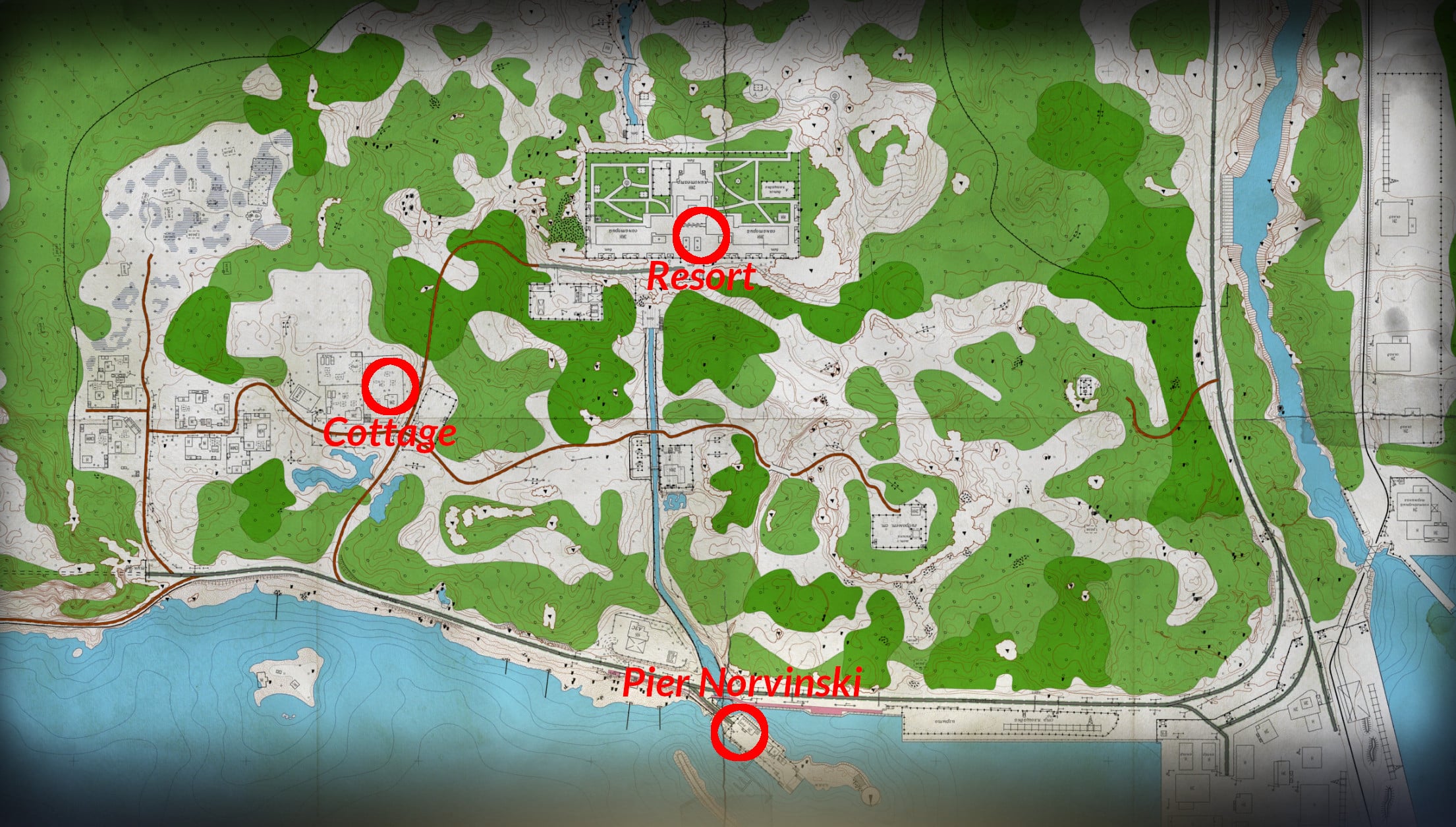 For a better and closeup explanation, check the images below:

If I were you, I would start from the Resort and then slowly move down. The marking has a persistence upon death, so even if you die, the containers you have marked will remain as such. However, if you die during the process, then you need to do it all over again.

Hello, fellow readers! If you want to get in touch with us and participate in our discussion boards, make sure you visit our Forums. We are more than sure you will find something useful there! The forum is new, so be among the first ones to say Hello!
Tags
Battlestate Games Escape From Tarkov Skier

Escape From Tarkov “Friend from the West” – Part 1″ Quest Guide

Escape From Tarkov “Friend from the West” – Part 1″ Quest Guide