January had a lot of turmoils over its course, as we have witnessed multiple chunky acquisitions by a couple of publishers. Now, we are seeing yet another one. It was Sony’s turn to surprise the public. Sony decided to buy Destiny 2’s developer Bungie for $3.6 Billion, unlike Microsoft’s large-scale acquisition of Activision Blizzard and the whopping $70 billion deal.

While everyone welcomes Bungie to the PlayStation family, many people fear seeing exclusives back. This is the third partnership for Bungie in total. At the very first, Bungie was owned by Microsoft for later to traverse to Activision. After that, it was established as a standalone, independent developer and publisher. Now, Bungie partners with Sony for a $3.6 billion deal.

Undoubtedly, everyone’s eager but also scared for this acquisition since Bungie carries Destiny 2 under its wing. How would this turn out? Would it turn out to become a PS Exclusive? First and foremost, the deal is described to allow Bungie to remain an independent subsidiary, which solidifies the statement above that enables the studio to self-publish and decide the player majority and platforms.

According to Bungie statement on the acquisition:

We believe games have limitless potential, and that to do anything worthwhile in entertainment, we must bet big on our vision, on our studio, and on our incredible team of trusted creators who build unforgettable worlds that truly matter to people.​
In SIE, we have found a partner who unconditionally supports us in all we are and who wants to accelerate our vision to create generation-spanning entertainment, all while preserving the creative independence that beats in Bungie’s heart. Like us, SIE believes that game worlds are only the beginning of what our IPs can become. Together, we share a dream of creating and fostering iconic franchises that unite friends around the world, families across generations, and fans across multiple platforms and entertainment mediums.​
Today, Bungie begins our journey to become a global multi-media entertainment company. ​

Microsoft paid a pretty penny for the rights to Bethesda, but it looks like Sony has even more potential with their new acquisition. Bungie has only one game in its catalog, and it’s a pretty damn strong one considering its size of players and community in general. So, this could go either way, but I tend to believe it will have an ascending scenario.

It has been reported that most of the staff at Bungie did not know about this decision until an all-hands meeting to announce it. Again, they have shown time after time how proud we can make them by being independent these last few years–it’s unclear what exactly will change going forward unless there is more information soon!

Angel Kicevski Follow on Twitter January 31, 2022Last Updated: January 31, 2022
0 2 minutes read
Facebook Twitter LinkedIn Pinterest Reddit Telegram
Facebook Twitter LinkedIn Pinterest Reddit Telegram
Hello, fellow readers! If you want to get in touch with us and participate in our discussion boards, make sure you visit our Forums. We are more than sure you will find something useful there! The forum is new, so be among the first ones to say Hello!
If you are a video game developer and you have a submission to make, you can mail us at team@futuregamereleases.com 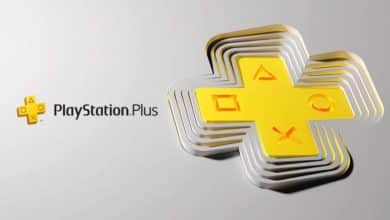 PlayStation Plus To Start Relaunch on May 23

PlayStation The Drop Comes Next Week!

PS Plus Games For June 2022 Leaked