It seems that boosting services will no longer exist after Blizzard’s most recent policy update. Indirectly, the new policy bans boosting organizations within World of Warcraft. On Monday morning, Blizzard released a new policy that impacts the organized in-game services by third-party users. As a result, boosting communities should seize their operations and stop advertising soon.

As the conditions change by which various entities operate in World of Warcraft, we are compelled to update our policies to further our goal of making the gameplay experience as fair and welcoming as possible. Since we last updated our policies, we have found that an increasing disturbance of the gameplay experience has been caused by organizations excessively advertising various non-traditional services in-game.

As of today, we will now prohibit organizations who offer boosting, matchmaking, escrow, or other non-traditional services, including those offered for gold. World of Warcraft accounts found to be in violation of this policy are subject to account actions. These actions can include warnings, account suspensions and, if necessary, permanent closure of the disruptive World of Warcraft account(s). Organizations operating across multiple realms and excessively advertising non-traditional in-game sales are contrary to the terms and conditions of the Blizzard End-User License Agreement (EULA).

This policy update does not restrict individuals or guilds from using the provided in-game tools (“trade channel” chat) to buy or sell in-game items or activities for in-game currency. However, “boosting communities”, especially those who operate across multiple realms, are no longer permitted.

We urge all such organizations to cease doing business in World of Warcraft immediately, in order to maintain uninterrupted access to the game.

This will no longer choke the LFG feature within World of Warcraft, which has recently been overflooded by advertisers waiting for their prey. Honestly, it’s a good move by Blizzard. Players have been lazy to step up their game and go through end-game content as deserved. Instead, they pay and get carried, which in contrast engulfs the tens of thousands of gold currency being unreliably monitored.

However, Guilds or players are not impacted by the new rules, as they can still advertise in trade chat. We expect to see boosting organizations using Discord and other chat channels to rebrand as a guild and offer boosting services as such. While the new policy might be a solid starting point, it could still raise additional uncertainty on the question of whether or not the company should allow third-party Boosting services at all.

Funny enough, the boosting services offered by Blizzard itself, like character boost to a high level, will continue existing.

Amie GammonsJanuary 31, 2022Last Updated: January 31, 2022
0 2 minutes read
Facebook Twitter LinkedIn Pinterest Reddit Telegram
Facebook Twitter LinkedIn Pinterest Reddit Telegram
Hello, fellow readers! If you want to get in touch with us and participate in our discussion boards, make sure you visit our Forums. We are more than sure you will find something useful there! The forum is new, so be among the first ones to say Hello!
If you are a video game developer and you have a submission to make, you can mail us at team@futuregamereleases.com 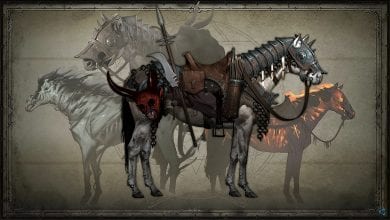