Playing Battle Royales on the go can be quite an exciting thing to do. Getting on the same path as Fortnite and PUBG, Apex Legends has decided to dwell into the Mobile world by releasing the newest Battle Royale on the platform. EA has already confirmed its arrival, and now it’s time for the next major development milestone, and that is a limited regional launch starting next week.

The game will reach both Google Play Store and iOS App Store for 10 participating countries. The limited Regional Launch begins next week, so all eligible can just visit their respective store and sign up for a play. Apex Legends Mobile will be available on Android and iOS in Australia, New Zealand, Singapore, Malaysia, Philippines, Indonesia, Mexico, Peru, Argentina, and Colombia.

Furthermore, the developer has revealed the supported devices and minimum requirements for it to be running smooth enough on your handheld devices.

Amie GammonsFebruary 23, 2022Last Updated: February 23, 2022
0 1 minute read
Facebook Twitter LinkedIn Pinterest Reddit Telegram
Facebook Twitter LinkedIn Pinterest Reddit Telegram
Hello, fellow readers! If you want to get in touch with us and participate in our discussion boards, make sure you visit our Forums. We are more than sure you will find something useful there! The forum is new, so be among the first ones to say Hello!
If you are a video game developer and you have a submission to make, you can mail us at team@futuregamereleases.com 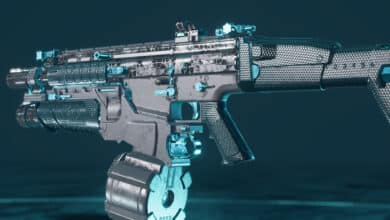