Unsatisfied Battlefield 2042 fans started a petition hoping to get a refund on all platforms three months after launch. The reason for the petition, as they claim, is the lack of content and developer failure to deliver promised features even since launch. At the time of this writing, the petition reached 3720 signs, and they’re still growing by the minute. The petition can be found on Change.org.

The petition states the following:

EA’s release of Battlefield 2042 was a mockery of every customer who purchased this video game for $70 (USD) due to EA’s false advertising of this video game.

Battlefield 2042 has costed consumers millions of dollars in damages and upset hundreds of thousands of customers worldwide.

Many promises made at launch were not kept, and Battlefield 2042 launched as unplayable according to many consumer reports. Even today, Battlefield 2042 has bugs which drastically changes the in-game experience so much that it’s deemed as a clearly unfinished release.

In the most recent earnings call by EA, it was pretty evident that Apex Legends has become the flagship shooter game for EA, which earnings bigger than Battlefield 2042 to EA. I believe this frustration comes from the false advertisement by EA, followed by a period of ignorance.

Battlefield 2042 launched on November 19 with plenty of turbulent features (either not working or missing) and a lousy optimization which caused players to seek fixes on their own. With tons of config-line changes, some of them could get a decent game flow, while others failed to meet their smooth balance.

Angel Kicevski Follow on Twitter February 7, 2022Last Updated: February 7, 2022
0 1 minute read
Facebook Twitter LinkedIn Pinterest Reddit Telegram
Facebook Twitter LinkedIn Pinterest Reddit Telegram
Hello, fellow readers! If you want to get in touch with us and participate in our discussion boards, make sure you visit our Forums. We are more than sure you will find something useful there! The forum is new, so be among the first ones to say Hello!
If you are a video game developer and you have a submission to make, you can mail us at team@futuregamereleases.com 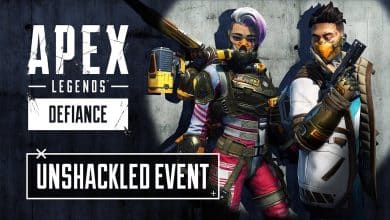 EA Should Have Delayed Battlefield 2042