We know World of Warcraft’s graphics are timeless, but what if there was a slight chance to see the developer straying away from its engine and adopting Unreal Engine 5? Worry not, as a YouTube named Axcel has decided to start a project of his own and replicate the details of Orgrimmar in Unreal Engine 5.

You can take a look at the video below. The Project is named PROJECT GRUNT, and it showcases the gates of Orgrimmar assembled in Unreal Engine 5.

World of Warcraft is undeniably a beautiful MMORPG with a cartoonish look. Over the past decade, the developer Blizzard has sustained its integrity for a reason. World of Warcraft always favored performance before all so that end-game players can enjoy their late-game content. Large Raid parties have no significant performance impact whatsoever, and it’s probably better to remain that way.

However, people have been eager to see the MMORPG in a brighter light, hence started working on such projects. This is not the first Orgrimmar project in a more sophisticated edition. Fans have been testing their creativity and tried to replicate the Capital and Bastion of the Horde, Orgrimmar, for quite a while now.

Amie GammonsFebruary 10, 2022Last Updated: February 10, 2022
0 1 minute read
Facebook Twitter LinkedIn Pinterest Reddit Telegram
Facebook Twitter LinkedIn Pinterest Reddit Telegram
Hello, fellow readers! If you want to get in touch with us and participate in our discussion boards, make sure you visit our Forums. We are more than sure you will find something useful there! The forum is new, so be among the first ones to say Hello!
If you are a video game developer and you have a submission to make, you can mail us at team@futuregamereleases.com 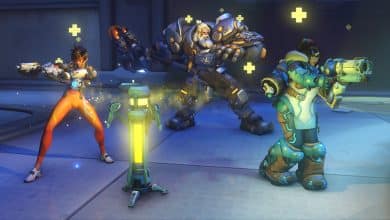