Song of Resonance, the music that’s supposed to open closed and mysterious doors and thread through secret pathways, is sometimes tricky to acquire. This is one of the songs that should be purchased for in-game currency, and it’s instead secrecy than else. The currency needed to buy this song is named Pirate Coins, and the song it’s accessible solely from one vendor that’s hidden on a tiny little island.

Thanks to its extensive features, Lost Ark offers traditional elements like every other MMO genre and mixes it with mysterious projects and puzzles scattered across every single island on the map. Songs are usually learned as you progress through the story until you reach this point where you would need to indulge the hidden fairy and find her a safe and calm place to hide.

To be precise, the vendor that sells this song is tucked in a Deck Ship on Peyto. The Deck Ship itself is located just south of the Pleccia island in the Seas of Gienah. Once you get there, go on the open deck and then head to the southeast of the Ship. The NPC you need to find is named Treasure Hunter Igran. Peyto is A place known as a paradise on the sea. Thousands of tourists come here in search of pleasure and tranquility.

For a better explanation, check the images with the exact location below:

Make sure you have 16,500 Pirate Coins before heading there. That’s how much the song costs.

This song will be used, as we said, to assist the hidden fairy that you’ll find on the Lullaby Island and endorse your future exploration on the land of Arkesia.

Angel Kicevski Follow on Twitter February 15, 2022Last Updated: February 15, 2022
0 1 minute read
Facebook Twitter LinkedIn Pinterest Reddit Telegram
Facebook Twitter LinkedIn Pinterest Reddit Telegram
Hello, fellow readers! If you want to get in touch with us and participate in our discussion boards, make sure you visit our Forums. We are more than sure you will find something useful there! The forum is new, so be among the first ones to say Hello!
If you are a video game developer and you have a submission to make, you can mail us at team@futuregamereleases.com 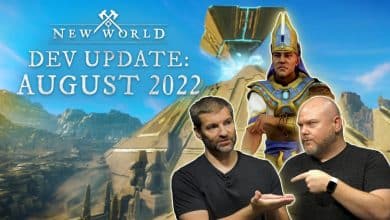 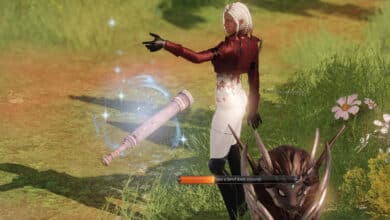