The combat-based platform adventure game named Freedom Planet will be getting a sequel, as announced by GalaxyTrail.

Through a picture, the company behind the sequel named Freedom Planet 2 has stated that “after many years of hard work” they will be releasing a sequel after a delay without which the game would’ve been released this spring. The newest release date is 13th September 2022.

“We are eager to launch on multiple platforms at the same time alongside the PC version, and these additional ports will need more time to go through testing and certification than we anticipated,” said the GalaxyTrail team.

This may mean that the game will be available on every platform, but another problem that caused the delay is the injury of their lead developer, which would require some physical therapy. The developers have also stated that they will be providing more updates as the launch date slowly comes.

Have you played Freedom Planet? What do you think about the game?

Ivana KachurovaMarch 19, 2022Last Updated: March 19, 2022
0 1 minute read
Facebook Twitter LinkedIn Pinterest Reddit Telegram
Facebook Twitter LinkedIn Pinterest Reddit Telegram
Hello, fellow readers! If you want to get in touch with us and participate in our discussion boards, make sure you visit our Forums. We are more than sure you will find something useful there! The forum is new, so be among the first ones to say Hello!
If you are a video game developer and you have a submission to make, you can mail us at team@futuregamereleases.com 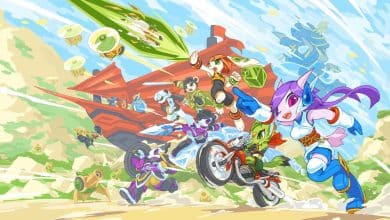