Liquid has finally landed the final killing blow on Halondrus, the Reclaimer in World of Warcraft Shadowlands Sepulcher of the First Ones raid on mythic difficulty, becoming the first guild in the world to defeat this boss. After 300+ pulls, the guild Liquid has finally eliminated Halondrus, The Reclaimer, and it’s ready to make its way towards Anduin.

You can see the final killing blow in the clip below:

The past three days have been quite eventful for all those sitting in front of their monitors backing up their favorite guild. World of Warcraft Shadowlands latest patch has driven fans to a new source of entertainment, considering the addition of the latest Sepulcher of the First Ones raid. As the final raid of the Shadowlands Expansion, we see World First Raiders flexing their muscles in the effort of achieving the World First Title. Everything would’ve been fine if they didn’t meet such a vast roadblock named Halondrus, The Reclaimer.

Halondrus, The Reclaimer is one of the bosses that has caused a lot of turbulence and made “World First Guilds” reconsider their capabilities. During this fight, plenty of guilds gave up and decided to strengthen their forces by increasing their item level. This is done by doing splits or farming mythic+ dungeons. Not to mention, Halondrus is the 7th boss of the raid, and defeating him leads to Anduin, which on a scale should be harder.

There’s no way of circumventing the way around Anduin, as his defeat guarantees passage towards the last three bosses of the raid instance, Lords of Dread, Rygelon, which defeat will then unlock the Banished One, a.k.a. The Jailer.

Hello, fellow readers! If you want to get in touch with us and participate in our discussion boards, make sure you visit our Forums. We are more than sure you will find something useful there! The forum is new, so be among the first ones to say Hello!If you are a video game developer and you have a submission to make, you can mail us at team@futuregamereleases.com
Tags
Blizzard Sepulcher of the First Ones World of Warcraft Shadowlands 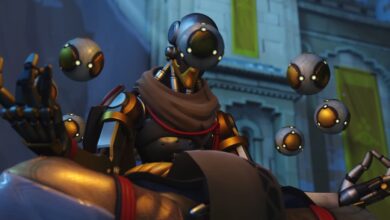 World of Warcraft Patch 9.2 Is Coming Out Soon, Changes and more