According to Sony and the official PlayStation Twitter profile, the first gameplay footage for Hogwarts Legacy will be showcased on Thursday, March 17. Avalanche Software is thrilled to partner with PlayStation for an exclusive edition of State Of Play dedicated to the upcoming Hogwarts Legacy. This is supposed to be another bright shine for the Harry Potter franchise.

In a recent blog post, the company said that the first gameplay reveal will occur on March 17, during a 20-min long event in which 14-minutes will be solely dedicated to Hogwarts Legacy gameplay. The upcoming gameplay footage will be captured on PS5, with an insight from the members of Avalanche Software.

The event will be streamed on Twitch and YouTube at 2 PM PT. Below you can find the official tweet by PlayStation regarding the upcoming State of Play event.

Wands at the ready for an all new State of Play focused on Hogwarts Legacy, featuring an extended first look at gameplay this Thursday, March 17 at 2 PM PT: https://t.co/TwujdB2cBr pic.twitter.com/bFZMWjdZ2t

Hogwarts Legacy was first announced during PlayStation 5’s showcase in September 2020. Since then, the company had some struggles in developing the game, considering the delay to 2022. Everyone is excited to see more about the game, and we’ll finally have a glance at it soon.

Angel Kicevski Follow on Twitter March 14, 2022Last Updated: March 14, 2022
0 1 minute read
Facebook Twitter LinkedIn Pinterest Reddit Telegram
Facebook Twitter LinkedIn Pinterest Reddit Telegram
Hello, fellow readers! If you want to get in touch with us and participate in our discussion boards, make sure you visit our Forums. We are more than sure you will find something useful there! The forum is new, so be among the first ones to say Hello!
If you are a video game developer and you have a submission to make, you can mail us at team@futuregamereleases.com 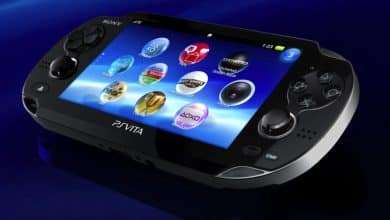