A prequel game for Aeterna Noctis got announced moments ago that will be developed by Aeternum Game Studios.

The game named Summum Aeterna is a prequel, roguelite game with fast-paced combats and an eye-catching 2D art style. Players will take the role of the King of Darkness, a warlord through which you will be able to explore dungeons filled with many items such as treasure, enemies and bosses with whom you will have to engage in a battle.

Summum Aeterna will be first available in Early Access for a year-and-a-half, with no specific release date. The developers stated that the game is planned to be fully released in the first part of 2024.

Do you like Aeterna Noctis? How do you feel about its prequel Summum Aeterna?

Hello, fellow readers! If you want to get in touch with us and participate in our discussion boards, make sure you visit our Forums. We are more than sure you will find something useful there! The forum is new, so be among the first ones to say Hello!If you are a video game developer and you have a submission to make, you can mail us at team@futuregamereleases.com
Tags
Aeterna Noctis Aeternum Game Studios Summum Aeterna 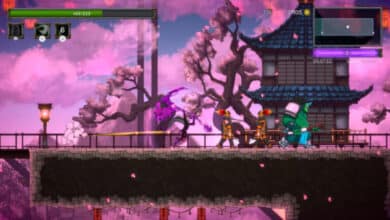