Activision Blizzard seems ready to bolster its rows by providing Quality Assurance testers a full-time job, unlike the shaky and unstable contracts. According to Bloomberg’s reporter, Jason Schreirer, this is not connected to Microsoft‘s acquisition, as they have no legal right to adopt any measures before the purchase settles.

According to Jason Schreirer, Activision Blizzard told staff that all of its 1,100 quality assurance testers will be either converted from contracts to full-time or get payments of at least $20/hour.

NEW: Activision Blizzard just told staff that all of its 1,100 quality assurance testers will be 1) converted from contract to full-time and 2) bumped up to at least $20/hour. A big win for QA in the wake of several worker revolts and a burgeoning union effort. Story soon

It’s not strange to see this happening, considering the recent turbulences within the company. Judging from the sidewalk, a company of this caliber is always a colossal target of critiques, and sooner or later, they always meet a harsh road. Now with the major shake-up in its management team, it’s good to see the company moving in the right direction.

“I’m pleased to announce that we are converting all US-based temporary and contingent QA workers to full-time employees (FTEs). We are increasing their hourly rate to a minimum of $20/hr and providing access to full company benefits, and they will be eligible to participate in the company’s bonus program”. – said Josh Taub (chief operating officer at Activision) in an email to US employees.

Mike Ybara, Head of Blizzard said, “some time ago QA leadership started shifting their approach to staffing the team, converting more temporary and contract workers (TEAs) to full-time employees (FTEs), and using partners to support short-term spikes in workload. Today, this shift in approach is culminating in a conversion of all of the remaining U.S.-based TEAs/contractors in QA – more than 90 people across Irvine, Austin and Albany – to FTEs. We’re also increasing the minimum hourly rate for QA to $20/hour, and they will be eligible for our bonus program and increased benefits.”

Now back to the community and Blizzard fans across the globe. The community is extremely thrilled to be hearing about this, hoping for a god-tier Diablo 4 game. QA teams usually care about the state of a product, be it a video game title, which work is constantly resonating on the final product.

Amie GammonsApril 7, 2022Last Updated: April 7, 2022
0 1 minute read
Facebook Twitter LinkedIn Pinterest Reddit Telegram
Facebook Twitter LinkedIn Pinterest Reddit Telegram
Hello, fellow readers! If you want to get in touch with us and participate in our discussion boards, make sure you visit our Forums. We are more than sure you will find something useful there! The forum is new, so be among the first ones to say Hello!
If you are a video game developer and you have a submission to make, you can mail us at team@futuregamereleases.com 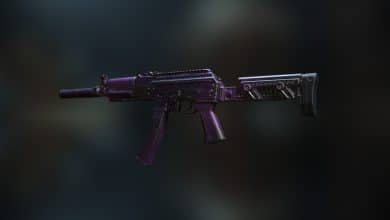