New World is ready to receive a brand new update that will add new PvP activities, among which 3v3 arenas are also planned. The community has long demanded this, and it’s probably the best addition coming to the game in the near future. New World needed more content, and it’s finally getting it, thanks to player feedback.

If anything, we should all thank the community, which has the biggest responsibility for the upcoming changes. With tons of feedback and AI learning tool that grasp difficulties and differences between players, Amazon Games is looking forward to expanding its game even further.

Since the February update, the developers have revealed that they’ve fixed 1500 defects. This list of defects consists of 600 minor defects and polish-oriented things and 900 major issues and defects that have been causing difficulties for New World.

But, let’s speak about the upcoming 3v3 Arenas. Aside from Outpost Rush, we haven’t had any news regarding PvP. We have been stalled with wars and open-world PvP and left on pretty much that. Now with 3v3 arenas, things will become a lot more interesting for each player.

The 3v3 arena will be a match in BO5 (best of five) format. You can queue as a team or solo queue.

Next stop, rewards. Yes, there will be plenty of prizes, including a brand new currency that will help you acquire rewards. The new currency is named SALT and will be paid by your enemy after you smash them in tears… get it?

Amie GammonsApril 18, 2022Last Updated: April 18, 2022
0 1 minute read
Facebook Twitter LinkedIn Pinterest Reddit Telegram
Facebook Twitter LinkedIn Pinterest Reddit Telegram
Hello, fellow readers! If you want to get in touch with us and participate in our discussion boards, make sure you visit our Forums. We are more than sure you will find something useful there! The forum is new, so be among the first ones to say Hello!
If you are a video game developer and you have a submission to make, you can mail us at team@futuregamereleases.com 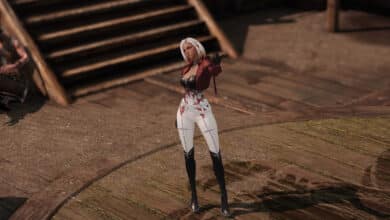 Where to get the Taunt and Roar Emotes in Lost Ark? 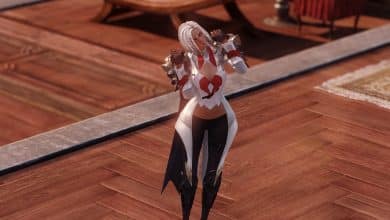